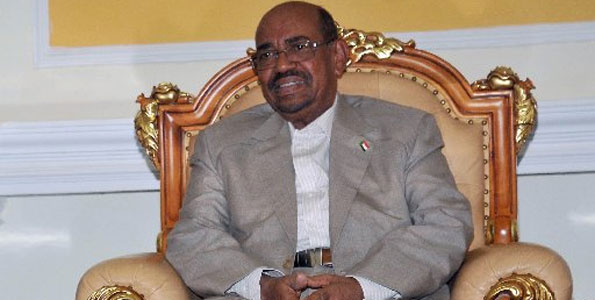 BY AGENCIES
Nairobi must be in shock as plane carrying the Sudanese president Omar Al-Bashir (Wanted by the ICC) has been denied access into the air space of Saudi Arabia on its way to Iran, this no doubt confirms that indeed choices have consequences.

Al-Bashir was travelling to Tehran to attend the swearing in ceremony of the new Iranian President Hasan Rouhani.

â€œWhen Bashir’s plane entered Saudi airspace the pilot informed authorities that it had approval and that it was carrying President Bashir, but they said the plane didn’t have permission,” forcing it to return to Khartoum, Seed Ahmed added.

The Saudi Arabian government has no comment on the incident until now. The Sudanese-Iranian ties have been of concern to Riyadh which has historical and political sensitivity with Tehran.

Two arrest warrants have been issued by the International Criminal Court (ICC) against Bashir since 2009 for crimes against humanity over the conflict in Sudan’s Darfur region.

Being ICC indictees Kenya’s president and deputy got to worry especially if they have any intention of not cooperating with the ICC. So far Kenyatta and Ruto have reiterated their willingness to cooperate with ICC.