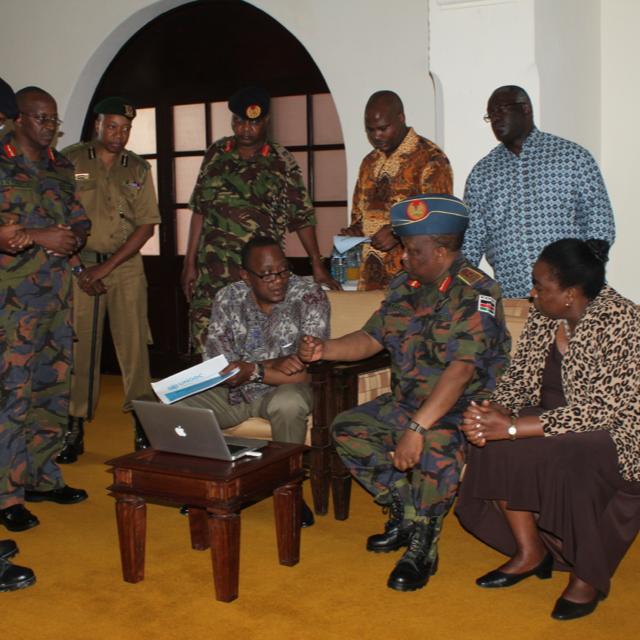 The President’s press secretary posted what looks like the behind the scenes of last week’s detonation of a ship with 1 Billion heroin haul. The picture seem to have been taken moments before the President took to the air/Chopper to witness(supervise) the detonation himself.

Now, reward to Barack Obama’s situation during the night USA Special Forces took down Osama bin Laden at a rented house in Pakistan…..Never mind the special forces flew in from neigbouring Afghanistan undetected by the savvy Pakistan military intelligence.

In this picture the president is captured listening to the chief of KDF General Karangi, his private secretary Jomo Gecaga and press secretary Manoah Esipisu behind him . Also in the room military officers mainly from the Kenya Navy and un-identified woman (not sure if its defence secretary madam Rachel Omamo 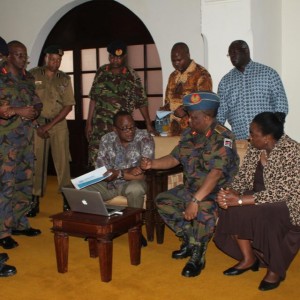 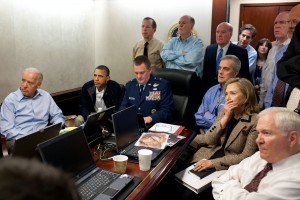