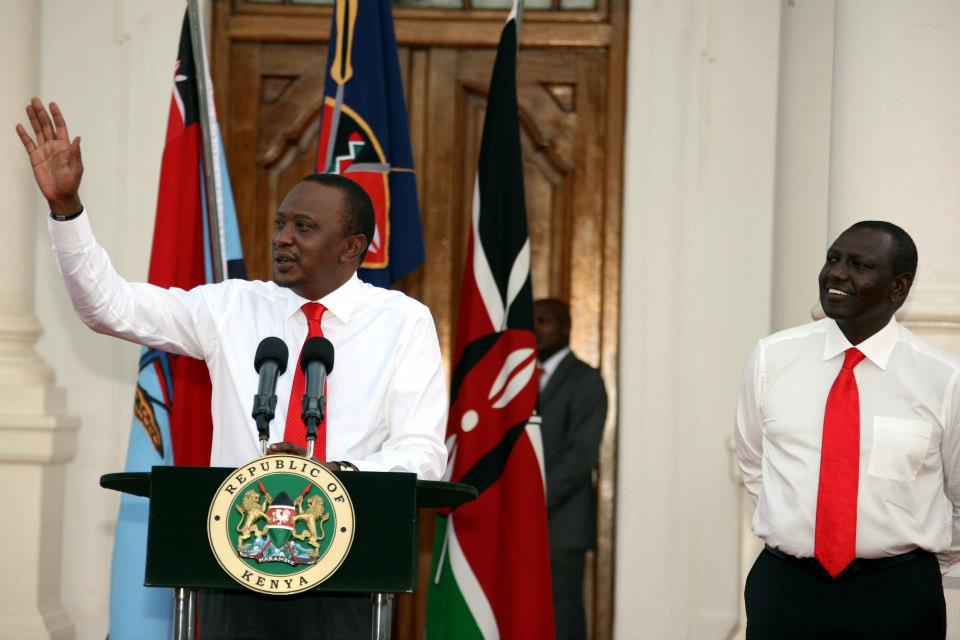 Mr. Macharia was born in 1959. He was top in class for both â€œOâ€ levels and â€œAâ€ Levels
(Kagumo High School, Nyeri). Attained B. Com (Hons) University of Nairobi- 1983On merit, was selected by Deloitte & Touche to train as a Chartered Accountant in London, UK, Mr. Macharia is also a qualified CPA(K). Attained MBA Degree from HenleyManagement College, UK. He joined Standard Chartered Bank in 1989, rising to become Financial Controller in 1994. Thereafter, he worked in Zambia as Managing Director, African Banking Corporation, and later transferred to Tanzania in the same position. Has been Group Managing Director with NIC Bank from2005 to-date, when the Bank grew more than tenfold and with five subsidiary companies including Tanzania and Uganda Mr. Macharia is married to a Zambian (Pamela Chanda) and has two children â€“Martin and Sandra.Nominee for Cabinet Secretary, Ministry of Health

Born in Borabu, Nyamira Dr.Fred Matiangi formerly taught at Egerton University and the University of Nairobi. He has held various research and Programme implementation positions with various local and international organizations. He consulted previously for among others the World Bank, the Commonwealth Parliamentary Association, the Inter-Parliamentary Union and the United Nations Development Programme. He is a governance and programme implementation expert and the immediate former Country Director of the Kenya Parliamentary Support Programme. He is leaving his current position as the Eastern Africa regional Representative for the Centre for International Development, Rockefeller College of Public Affairs and Policy, the State University of New York to join our government as the Cabinet Secretary for Information Communication and Technology. Fred is married and has two children.

Mr.Henry Rotich has been the Head of Macroeconomics at theTreasury, Ministry of Finance, since March, 2006. He has been involved in formulating macroeconomic policies that ensure an affordable and sustainable path of public spending aimed at A chieving the Governmentâ€™s development priorities.
He is also involved in preparation of key budget documents including the Budget Statements, as well as providing strategic coordination of structural reforms in the area of fiscal and financial sector.Prior to joining the Ministry of Finance, Mr. Rotich has worked at the Central Bank of Kenya since 1994. At one time, he was attached to the International Monetary Fund (IMF) local office in Nairobi to work as an economist. He has also consulted as a short-term macroeconomic expert in the region â€“in Mozambique, Malawi and Rwanda with the IMFâ€™s East AFRITAC (in Tanzania) and Macroeconomic and Financial Management Institute (MEFMI)in Zimbabwe, in addition to supporting the designing of macroeconomic convergence criteria of the proposed East AfricanMonetary Union.

Assistant Secretary General of the United Nationsand Deputy Executive Director of the United Nations Environment Programme at Nairobi. Former Permanent Secretary of the Ministry of Justice, National Cohesion and Constitutional Affairsand former Ambassador of Kenya to the United Nations at Geneva. Amb. Amina Mohamed is a lawyer and diplomat by profession and has served in the public service since 1985. She has served in the Ministries of Local Government, Foreign Affairs and Justice. Amb. Mohamed is married to Mr. Ahmed and has two children. Nominee for Cabinet Secretary, Ministry of Foreign Affairs