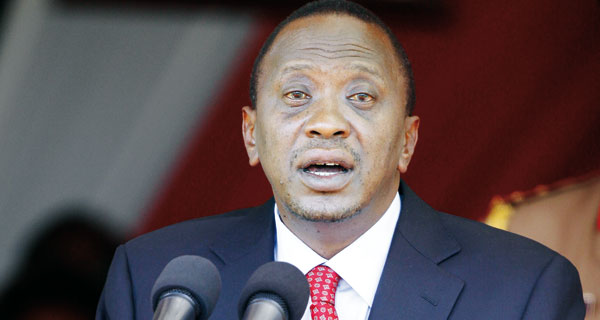 “These reforms are inevitable if the institution is to be representative of the continentâ€™s shared values” read part of the President’s message.

President Uhuru said the the Security Council of the UN Â best exemplifies a structure that is not compatible with the current realities of the world.

“It does not reflect the current world power distribution and geopolitical situation. The Councilâ€™s small size and exclusive nature, its relations with the General Assembly, its working methods and undemocratic nature, have become out of step with todayâ€™s demands” protested Mr Kenyatta.

“Very often, the world has witnessed the over-represented members bargaining and haggling over their narrow national interests at the expense of the institution’s mandate, even in the midst of global humanitarian crises. The structural and normative issues obstruct the achievement of the United Nations founding objectives, and frustrates the advancement of its agenda to bring justice, sovereign equality, democracy and the protection of human rights to its neediest constituencies” added Uhuru.

“We want a UN that is capable of securing world peace in a time of unique and unprecedented security challenges. Most importantly, we want a conversation that is premised on the principle of equality and in an environment that allows every voice and view to be is heard,” said Uhuru.