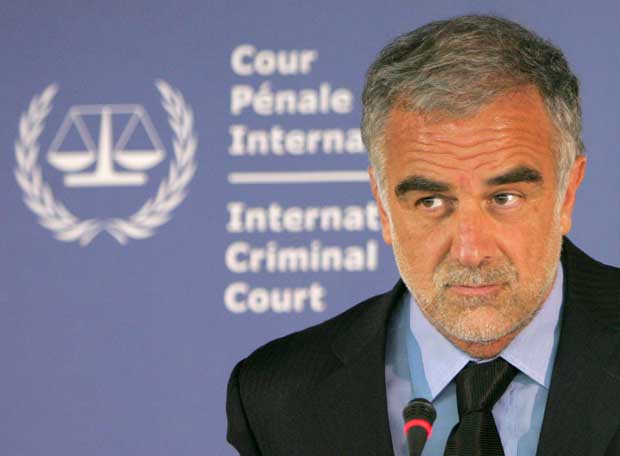 The purpose of the International Criminal Court is to help prevent massive crimes. In order for it to do so, political leaders, including heads of state, must be accountable under the law like anyone else. The current situation in Kenya, though complicated, shows how the court has helped a country to move from extreme violence to a relatively peaceful situation. Uhuru Kenyatta and William Ruto were indicted by the ICC for encouraging mass atrocities against each otherâ€™s followers in the aftermath of the 2007 Kenyan presidential elections, in which they were rivals. The violence that ensued killed over 1,100 people and displaced hundreds of thousands more.

Both leaders have since cooperated with the ICC. Kenyatta provided testimony â€“ I cross-examined him in court myself â€“ and Ruto knew that if he appeared in The Hague, he would risk being arrested, but did so anyway.

But in parallel with the judicial process, the two devised a political strategy to pre-empt it. They ran as running mates and presented to the electorate their personal rapprochement as a form of national reconciliation. They were the only candidates to promise peace and reconciliation. Other candidates refused to talk about justice. The voters responded and Kenyatta and Ruto were elected president and deputy president of Kenya.

Is their electoral success the failure of the ICC? Absolutely not. The courtâ€™s intervention helped Kenya transition from the violence of 2007 to the peaceful elections of 2013. As U.S. ambassador-at-large for war crimes Issues Stephen Rapp clearly stated, â€œThe fact that these indictments have been out there has had an effect in terms of the peacefulness of this past election.â€ Kenya didnâ€™t head in the direction of, say, Syria. It moved in the right direction.

While the ICC stepped in to represent the victims of the 2007 postelection violence in the judicial arena, it had no influence in the political realm. It was Kofi Annan, representing the African Union, who helped Kenyaâ€™s leaders negotiate a settlement and who continued to work with them to make constitutional reforms. Ultimately, it was the Kenyan people who, after an intense national discussion, elected Kenyatta and Ruto.

Looking ahead, the ICC will press on with its case. ICC Chief Prosecutor Fatou Bensouda has expressed her â€œunwavering commitment to justice for the victims of the 2007-2008 postelection violence.â€ Despite Bensoudaâ€™s concern that some witnesses are recanting their testimonies and others are afraid to appear at all, the ICC will keep doing its judicial work. It will not relent.

Since Sudanese President Omar al-Bashir became the first head of state to be indicted by the ICC, the court has been accused of bullying African leaders. This is only a ploy to deflect attention from the real issues. Yet the tactic that seems to have worked, as the international media have given it more attention than the genocide in Darfur.

It is a baseless allegation. There are no frivolous cases at the ICC. All of them have hundreds of African victims. The ICC is led by Africans and African states work with the court. Ivory Coast was the last country to join the ICC system, and, just in the last two years, Mali and Comoros have both requested interventions by the court.

However, it is difficult for Africaâ€™s leaders to unite against crimes committed by a fellow African president. One African head of state even told me that there are 10 African presidents who fear the ICC and will lobby on each otherâ€™s behalf to prevent the setting of international precedents. He said that though it is good that they fear the court, it also makes opposing them difficult.

Investigating people in power is an uphill battle that requires political leadership. President Richard Nixon was re-elected after the Watergate affair and later tried to evade justice by dismissing his own attorney general and the special prosecutor in charge of the investigation. Media, Congress, the judges and public opinion were needed to hold him accountable.

In Italy, Silvio Berlusconi was indicted for his activities as a businessman, but then became prime minister. Laws were passed facilitating his impunity. All of these cases show that heads of state will resist checks on their power. This is why the ICC is so important.

Whatever the outcome of the judicial proceedings, the new Kenyan government has a responsibility to maintain peace and security, as well as care for its victims. Kenyatta and Ruto must show that national reconciliation is more than just an electoral slogan.

Luis Moreno Ocampo was the first prosecutor of the International Criminal Court and currently practices law in New York. This article originally appeared at The Mark News (www.themarknews.com).