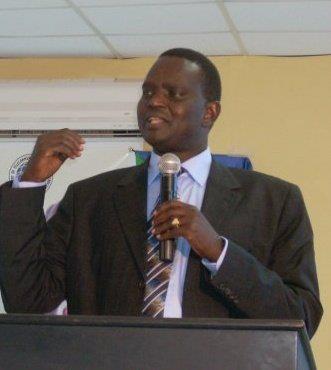 After several days of scenario building, political strategists of the Jubilee alliance are inching closer to getting William Ruto and Uhuru Kenyatta agree to step down in support of Musalia Mudavadi and Samuel Poghsio as presidential candidate and running mate respectively.

The move is anchored on the premise that Kenyans will not be receptive to another Kikuyu presidency after Kibakiâ€™s ten year tenure characterized by nepotism, favoritism and tribalism to say the least.

With Uhuru agreeing to step down, the next move was to have William Ruto step down for a neutral running mate for the jubilee alliance to have clean candidates who will be marketed countrywide as the face of the nation and can effectively tame the CORD team lead by Raila Odinga.

A plan was mooted to have Ruto front a candidate of his choice to fill the slot of running mate; it is believed that after going through the list of his lieutenants William Ruto settled on Hon. Samuel Poghisio the Communications minister and MP for Kacheliba.

Hon. Poghsio is a Makerere University educated communication and political science major, with two masters degrees; MA (Communications) from Wheaton College, USA in 1987, and a Masters of Divinity (M.Div) in Philosophy and Theology in 1992 from Lincoln USA.

Hon Poghsio will be a unifying figure to the country owing to his humble background and the fact that he comes from a minority tribe, his elevation to running mate position will give the jubilee team credibility to extinguish the notion that the alliance is just a coalition of big tribes.

The Kacheliba MP brings to the table the face of Kenya, non controversial and as a strict Christian he will counter Musyokaâ€™s hunt for church votes if any. Just like Moody Awori who was appointed a surprise Vice President after the demise of Wamalwa Kijana, Mr. Poghsio will have similar effect mainly as relates to Rutoâ€™s support base.

With his experience spanning more than 20 years Poghsio (elected to parliament first in 1988) will effectively be the best bet to counter VP Kalonzo Musyoka.

Most of Rutoâ€™s trusted lieutenants have no visibility beyond their counties; this is what forced him to cast his net far and wide. Former speaker Hon Francis Ole Kaparo, Chepalungu MP Isaac Ruto could not get Rutoâ€™s approval as Isaack is equally smart and ambitious with likelihood to run for presidency if indeed he steps into a VP position. Kaparo is considered old school and may not be acceptable to all the Kalenjin sub tribes. Makwere is viewed by many as a war monger hence a polarizing figure.

Hon. Poghsio is manageable and not a threat to Rutoâ€™s future presidential bid. He cannot consummate the Kalenjin support and therefore the best bet. Ruto can reclaim his entire support once cleared by the ICC.

Just like Moody Awori was never a threat to Mudavadiâ€™s future presidential ambitions is exactly why Poghsio is the preferred running mate. He is acceptable to the electorate countrywide and can command the ethnic following of the Kalenjin with little help from of Ruto

The current political machinations have blessings of Kibakiâ€™s kitchen cabinet that controls Mt Kenya politics. The plan is to have a non kikuyu candidate whom the president and his team will support indirectly by rallying Mt Kenya vote.

Kibaki is accused of favouring his tribe in public appointments and national development projects like Thika road at the expense of the more deserving Nairobi Mombasa highway.

The move will give the Kikuyu community a chance to proof to Kenyans that they can vote for other presidential candidates not from the region.

If the move comes to fruition; the TNA/URP political think tanks will have pulled a fast one on Raila Odingaâ€™s CORD whose team seem to be reactionary.

With a fanatical following by both politicians and common mwanaichi Mr. Kenyatta and Hon. Ruto will comfortably play King maker in the 2013 elections as they fight to clear their names at the ICC; once cleared they will be back with an eye for presidency come 2017.

The ICC trials due to start in April seem to have a great bearing on Ruto and Uhuruâ€™s candidature with threats of sanctions being the scare crow to many Kenyans. Since the 2008 PEV, the economy plummeted never to regain to date.

The reality of economic sanctions in the event of an Uhuru presidency is sinking to the middle class most of whom have veto power on who their village friends and family will vote. The middle class picks up most bills in the village and are not ready for a depressed economy (rising cost of living) just in case sanctions are imposed.

Buoyed by the opinion polls that showed Mudavadi troucing Raila in the 1st round, the argument was that with Poghsio as running mate the margin are likely to widen with marginalized communities likely to coalesce around Poghsio.