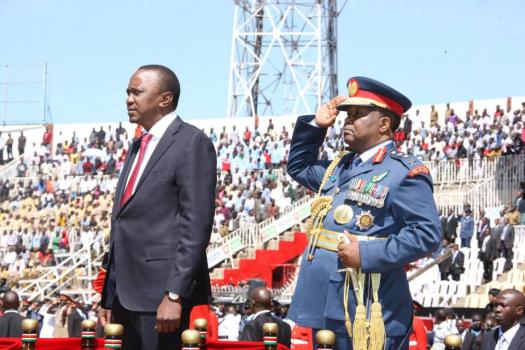 President Uhuru Kenyatta has ruled out any possibility of a 50%vs50% share of government with the ever complaining coalition partner URP, the president instead thanked Kenyans for electing him and promised to serve his five year mandate.

Uhuru told off those who have been criticizing his government demanding for a 50% share of government to stop being abusive and instead focus on nation building. The president at the same time confirmed he was impressed by CORD leader’s call for national dialogue and said he will act accordingly to ensure Raila’s ideas are taken into account in solving the many problems facing country.

Here is the president’s speech;