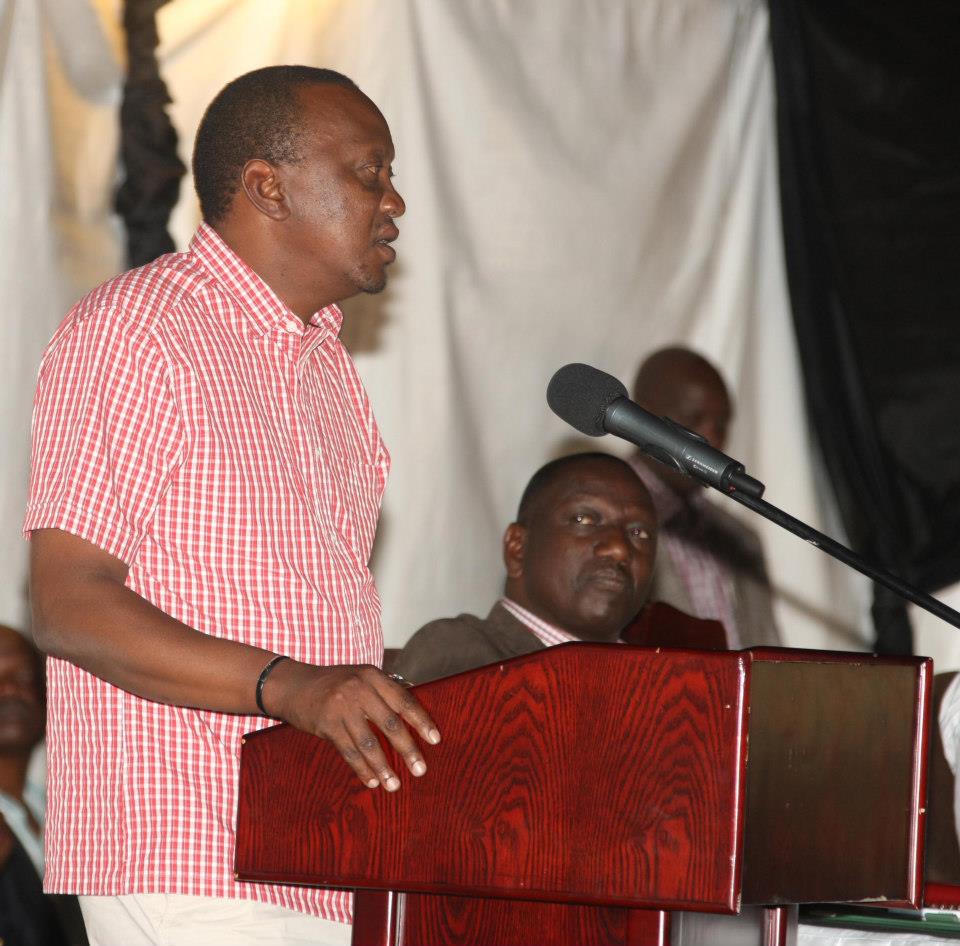 President-elect Uhuru Kenyatta has once again made a remark that is likely to infuriate many Kenyans, in a speech made in Naivasha , Uhuru termed the Supreme Court judges asÂ some six people and i quote “…once some six people decide….”.Â  Political pundits have termed the remark irresponsible and dis-respective to the Supreme Court of Kenya judges-Â  court of last resort in the land!

In February, Uhuru’s campaign team shocked many when in a letter sent to the presidential debate steering committee asserted that scandals touching on other presidential candidates were more prominent than the ICC issue (sic) â€œIt is our observation that the moderators deliberately allowed the other candidates to escape public scrutiny over various national scandals that have characterized their political careers; a number of which are more prominent than the ICC issueâ€. Read paragraph three of the confidential letter from the Uhuru Campaign to the presidential debate steering committee.