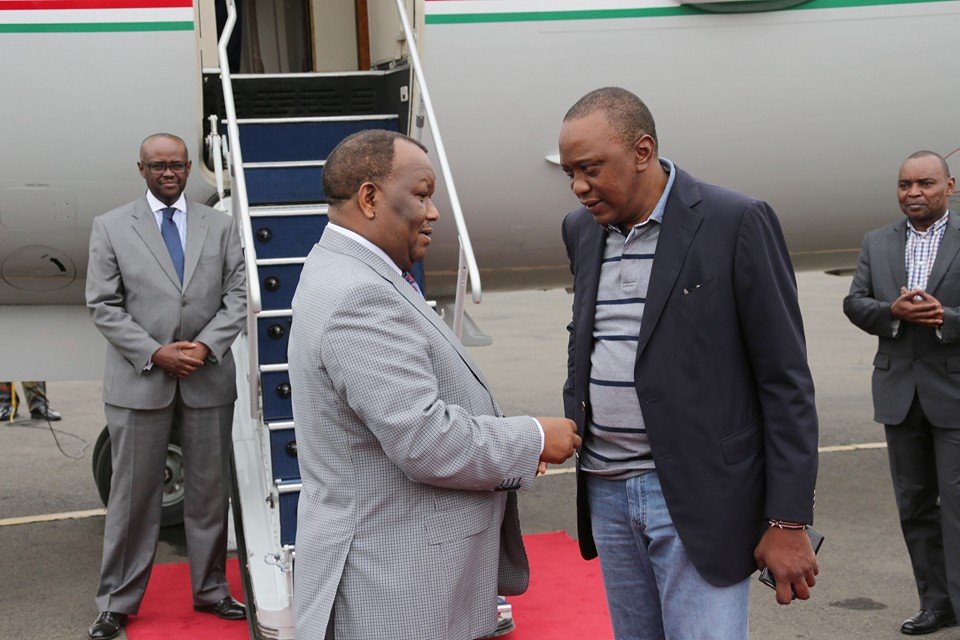 It turns out president Uhuru Kenyatta is just a participant in the USA Africa summit hosted by president Obama. Uhuru who left the country on Sunday evening is not listed as a panelist or speaker in the summit.

The latest development is an embarrassment to his PR team that had pushed stories in mainstream media lying that he had been accorded the greatest honor, one wonders what honor they were talking about. The official website of the US-Africa summit list five Presidents as key speakers;

â€¢ His Excellency Paul Kagame, President of the Republic of Rwanda

â€¢ His Excellency Macky Sall, President of the Republic of Senegal

â€¢ His Excellency Jakaya Mrisho Kikwete, President of the United Republic of Tanzania

â€¢ His Excellency Mohamed Moncef Marzouki, President of the Republic of Tunisia

In his Facebook page the president further shames his propaganda machine by broadcasting to the world that he was excited to have been invited by US Corporate Council on Africa and the opportunity accorded to meet big American companies like IBM, General Electric, Coca Cola among others. One wonders what happened to the facing East rallying call !

Here is the FB Timeline update by H.E the president:>
“This afternoon, I left the country for Washington D.C. for the US-Africa Summit. My visit will focus on strengthening ties between the US and Kenya in trade, capital investment, infrastructure, energy and security. I will address the Corporate Council on Africa which represents some of the major multinational companies including General Electric Ltd, Coca Cola and IBM; hold talks with World Bank President Jim Yong Kim; and meet with a select group of business people who have Kenya specific investment proposals at a forum convened by the Kenya Private Sector Alliance, the Kenya National Chamber of Commerce and Industry, and the US Chamber of Commerce.”

We wish H.E the president the best in his participant role at the summit and also a safe journey and blessings.