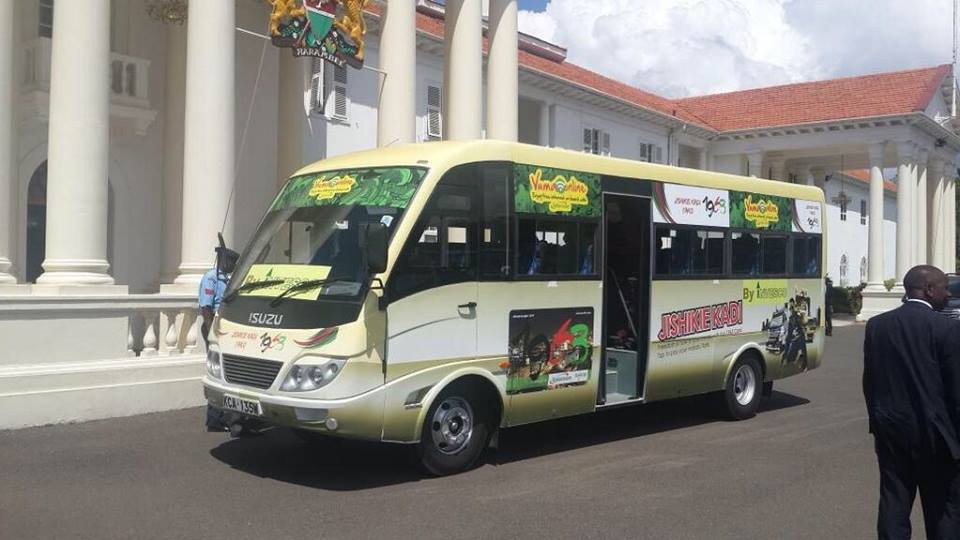 â€œI personally do not see anything wrong with the art-work and creativity in Matatuâ€™s and we should surely support our youth to do business with their talents, as long as it does not interfere with driverâ€™s vision and other regulations,â€ said Kenyatta.

He was speaking during the launch of the PSV cashless 1963 card at the KICC.

Investors in the public transport sector sighed with relief when the president reversed earlier directives that the government would no longer license the 14-seater Public Service Vehicles.

Kenyatta said after wide consultations between the government, the investors and the commuters, it had been established that the ban on this mode of public transport would be counter-productive especially for long distance travel and rural services.

â€œAfter wide consultations and research involving my Government and stakeholders, it has become clear that a blanket ban, especially for long distance and rural transport, may not be appropriate at this time,â€ said Kenyatta.

He said the ban was lifted so that operators can continue investing in the sector by acquiring roadworthy and safer vehicles.

â€œThis ban will not be implemented to ensure that operators continue to invest in new, roadworthy and therefore, safer transport for rural and long distance routes,â€ he added.

He urged players in the public transport industry to support and comply with Government efforts to reduce congestion through the elimination of low capacity vehicles in the main cities.

Kenyatta urged players in the sector to work within the legal framework and invest aggressively, especially in the Bus Rapid System, a new system where buses will use their own specific lanes.

Kenyatta also gave owners of double-cabin vans a sigh of relief after categorizing their vehicles as family utility cars.

â€œHaving considered public appeals and consulted appropriately, it is time for Government to review the category of this type of vehicle in order to recognize it as private, not commercial vehicle,â€ Kenyatta said.

Additional REPORTING by the Star