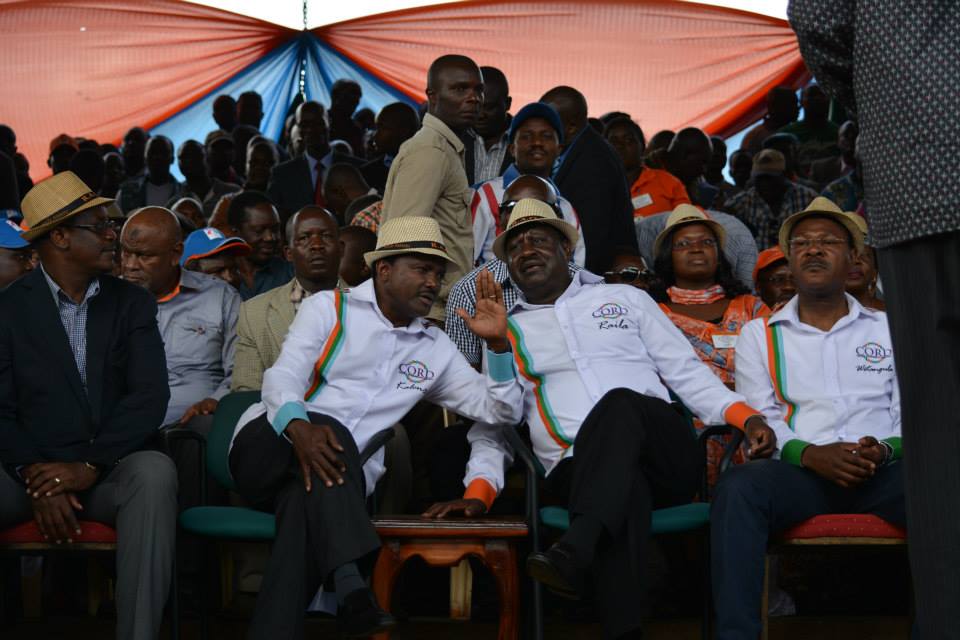 Word in the wired streets near Statehouse indicate that President Uhuru Kenyatta has made last minute changes to his madaraka day speech to accommodate Prime Minister Raila Odinga’s call for NATIONAL DIALOGUE.

President Uhuru is expected to acknowledge Raila’s message and will also promise to consult all Kenyans to effectively deal with myriad of problems facing his regime.

Uhuru will address the nation shortly after midday from Nyayo national stadium in commemoration of this year’s madaraka day.

President Uhuru followed the events of yesterday’s Uhuru park rally that was attended by close to a million people and watched by millions across. The president was very impressed by the Raila’s speech which to his surprise was sobering.

The president understands very well that as much as he is the legal head of state, his legitimacy is in question considering the revelations by top IEBC officials that elections were NOT free and fair and also the manner in which the supreme court conducted the presidential election petition.

That an opposition leader with a near religious following can call for dialogue with a government that has FAILED to deliver even what it promised in 100 days one year later was a shocker to many including the presidency.

Many countries in the region are in civil war because the opposition cannot dialogue with those in power take an example of Southern Sudan, DRC Congo, Central African Republic and even far away in Nigeria, Syria, Venezuela among others. Raila is indeed an icon!

Doomsayers Mutahi Ngunyi and his tribal supremacists like Betty Mugo had already started preparing their tribal following with ridiculous allegations that Prime Minister had been given billions to topple Uhuru government, they must be feeling embarrassed!

The fact remains; Raila is NOT asking to be crafted into government, he is only keen on Uhuru regime delivering what they promised Kenyans.

Already Deputy President William Ruto has dismissed dialogue calls, we all know why; Ruto is scared that CORD may decide to work with government leading to him being sidelined! At best he is guarding his own self interest, by saying Odinga should go to a Kiosk to buy nusu mkate the deputy president just confirmed the wide spread allegations that his loyalty to Uhuru had a price tag hence holding his Rift Valley stronghold at ranson!