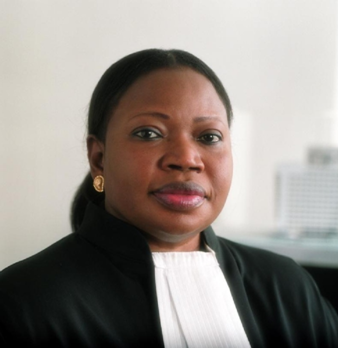 By Walter Menya
International Criminal Court prosecutor Fatou Bensouda has alleged that President Uhuru Kenyatta was involved in the killing of various senior Mungiki leaders to silence the group and cover-up his guilt.

In a confidential ex-parte filing of July 11 available to the prosecution and the government only, but which was made public on July 29, the prosecution further alleges that Maina Njenga, as head of the Mungiki movement whose members spearheaded the violence, received payments from Mr Kenyatta after he was released from prison in October 2009.

â€œHe (Maina Njenga) was not released from prison until October 2009 and any transfers of money to him are likely to have occurred after this date,â€ argues Ms Bensouda in the July 11 submission to justify the June 1, 2007 and December 15, 2010 time frame for the records that she seeks.

President Kenyatta strenuously denied links with the outlawed Mungiki sect in his sworn testimony during the pre-trial hearings in 2011.

â€œTo be a commander or anything in Mungiki, first of all I would have to be a member, and I have never been a member of Mungiki,â€ he had told the court during the pre-trial hearing when his lead defence counsel, Stephen Kay, led him in his evidence. â€œI have never mobilised or tasked Mungiki for any activity whatsoever.â€

In his testimony at the pre-trial hearings, Mr Kenyatta, then Deputy Prime Minister also denied attending any Mungiki meetings as alleged by former ICC prosecutor Luis Moreno Ocampo.
â€œI did not attend any meeting with Mungiki or anybody else at State House on that day that is being referred to [November 26, 2007] or on any other date,â€ he had said and even threatened to sue Prof Peter Kagwanja who had written an academic paper linking him to Mungiki.

The submission was made in compliance with the Trial Chamberâ€™s order during the July 9 status conference.

In it, the prosecution states that various witnesses in its custody have allegedly linked President Kenyatta to the killings of various senior Mungiki members in the years 2008 and 2009 in order to cover up his involvement with them and through them in the post-election violence.

â€œWhile these killings are not the subject of any charges, if true, the accusedâ€™s involvement would be a powerful indicator of his guilt. These killings are also likely to have involved the expenditure of funds,â€ the prosecution said.

The prosecution also alleges that the Deputy Prime Minister in the grand coalition government later footed the funeral costs of a number of Mungiki leaders as well as that of Mr Njengaâ€™s wife, Ms Virginia Nyakio, who was shot and killed in January 2010.

â€œIf true, the obvious motive would be to secure the silence of the deceasedâ€™s family members,â€ Ms Bensouda said.

The grave allegations against President Kenyatta are contained in the prosecutionâ€™s submission to support the temporal scope of the request for the financial and property records that Ms Bensouda wants the government to provide to her office to carry on with the trial of Mr Kenyatta.

His defence lawyers have asked the International Criminal Court to end the trial and review the case against Mr Kenyatta, saying a key prosecution witness lied.
In a document made public last year, President Kenyattaâ€™s lawyer, Steven Kay, said a prosecution witness ony identified as â€œOTP-4, had lied about being present at meetings between Kenyatta and the Mungiki, the powerful criminal underground movement, in the run-up to the controversial 2007 presidential election and its violent aftermath.

Mr Kay said: â€œAfter the confirmation hearing, OTP-4 resiled from his evidence and admitted he had lied and was not present at the meeting as alleged.â€

â€œOTP-4 has also admitted lying about another meeting at which he alleged he was present between Kenyatta and Mungiki personnel,â€ the defence lawyer said.

The prosecution has misled judges by using OTP-4â€™s statements to get them to confirm the charges against his client, Mr Kay told the court, calling it â€œfraudulent evidenceâ€.

â€œFor the reasons set out above, the Defence â€¦ requests the Chamber to refer the â€¦ issue of the validity of the confirmation decision back to the pre-Trial Chamber and vacate the day set for trial,â€ Mr Kay said.

Ms Bensouda wants the government to cooperate with her office in obtaining Mr Kenyattaâ€™s assets, phone details, M-Pesa transactions and value-added tax information, foreign exchange transactions and companies or businesses he owned or had interests in between June 1, 2007 and December 15, 2010.

The prosecution has also asked the government to assist it to obtain information on assets owned by Mr Kenyattaâ€™s family and associates as well as land or real property registered in Mr Kenyattaâ€™s name either personally or through third parties, which might have been transferred to any other person or entity between June 1, 2007 and December 15, 2010.

â€œThe end date of December 2010 is the date on which summonses to appear were issued. The OTP accepts that the gathering of worthwhile evidence after this date is unlikely.â€

In the prosecution filing, Ms Bensouda argues that the records covering that period were necessary to enable her office and other parties avoid â€œrisks (of) improper conclusions being drawn from the data.â€

The government has contested the time frame, arguing that it was too wide and irrelevant to the charges. Instead the government wants the prosecution to restrict itself to the period of the post-election violence between December 2007 and February 2008.

But Ms Bensouda argues that the only way in which the significance of withdrawals of cash or transfers of money, land or other property at the time of the violence can be properly assessed is by comparing the records for other, more â€œnormalâ€ periods, in order to establish whether such withdrawals or transfers were unusual.

PERIOD UNDER REVIEW
â€œSuch an analysis would place the transactions during the PEV in their proper context and enable the OTP to determine whether there is any significance to the payments or transfers made, or whether they were normal activities habitually engaged in by the accused,â€ said Ms Bensouda.

The ICC prosecutor added that the shorter period advocated by the government â€œwould prevent a proper comparison being made and would lead to an analysis based upon a narrow snapshot of time, taken out of contextâ€.

â€œIn the OTPâ€™s view, such an approach risks improper conclusions being drawn from the data,â€ said Ms Bensouda.

Ms Bensouda stated that an examination of transactions during the pre-violence period was appropriate to establish the preparations Mr Kenyatta made ahead of the 2007 General Election.
Trial Chamber V (b) consisting of judges Kuniko Ozaki, Robert Fremr and Geoffrey Henderson on July 29 upheld the prosecutionâ€™s argument for a wider time frame.

The judges held that â€œinvestigative enquiries need not be confined merely to the immediate period of the violenceâ€.

â€œSuch inquiries are also appropriately conducted with respect to any period during which it is reasonably surmised, having regard in particular to the existing evidence, that related preparatory or post-violence steps may have been undertaken by the accused,â€ the judges said.

The chamber said it was satisfied the prosecution had appropriately specified and justified, â€œin terms of relevance and necessityâ€, the time frame. The trial of President Kenyatta is highly dependent on the government providing the records requested by the prosecution after certain key witnesses were withdrawn or recanted their testimonies. The Chambers has tentatively set October 7 as the opening date of the trial.