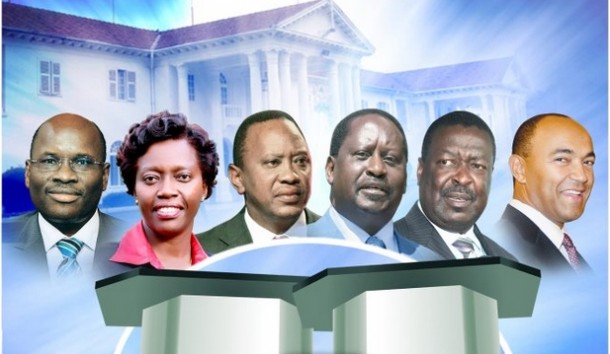 Prime Minister Raila Odinga got another clear opportunity in the presidential debate to re-state the sequence of events that led to the four Kenyans being tried at the International Criminal Court.

Uhuru Kenyatta while accepting that it was indeed his PNU side that voted for the ICC, claimed Raila Odinga’s ODM rebels joined the PNU side in shooting down the proposed local tribunal. Raila Odinga quickly cleared the air by stating a well known fact that the so called ODM rebels were all allied to Uhuru Kenyatta’s co accused and running-mate William Ruto.

This perhaps could clear Odinga’s name and put the matter to rest. Martha Karua was also in agreement with Raila Odinga, she said the Hansard captures the names of those who were against the local tribunal. It can be remembered that It was William Ruto and his friends who coined the phrase dont be vague lets go Hague.

Odinga explained how his side of the government tried to re-introduce the local tribunal through Mutula Kilonzo but still met resistance from Uhuru’s PNU side of the coalition and the ODM rebels led by William Ruto.