Which means the mwananchi should not wait for the government, but consider taking extra-ordinary measures like starting vigillante groups, mob justice on suspects and so on. Voodooo Criminal Justice system.

And Uhuru has no apologies for taking selfies with Abu Dhabi socialites while the people he swore to defend were lying in a cesspool of blood, their heads blows off, their brains scattered all over, their matumbo spread around. And for all these, Uhuru expects the unarmed mwananchi to have defended themselves. An insult to their families.That the government could only have supplemented their security, not provide total security.

I am dismayed, I am horrified. I am sad at incompetence, at this ineptitude, at this negligence. Its a tale of a nation-state on its deathbed. A failed state. A state that failed under Jubilee. Moi was by far a better leader than Uhuru.

This is what Uhuru said â€œWe as a country should change our mindsets on security issues and ensure that we always watch our neighbours back, let us not wait for the officials to come and act.

â€œNo matter what we do as government, you can never find a police man guarding each and every citizen in this country, it can never happen,â€ Uhuru added, urging Kenyans to be responsible and cooperate with the police to curb insecurity. 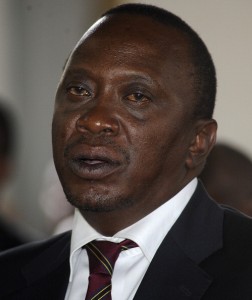