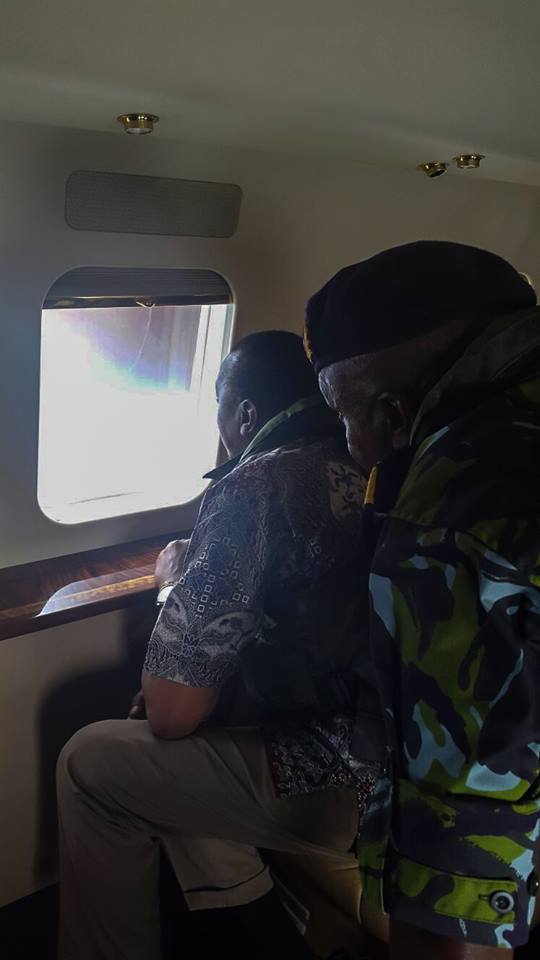 If indeed the order was served to the officers who carried out the destruction then they can be said to have acted in contempt of court, non other than the president himse;f who supervised the exercise.

Here is what the president’s director of new media posted a few minutes after the destructio of the ship.

Job done #WarondrugsKE Ship detonated and sank together with its Shs 1B Heroin.
President Kenyatta watched it all happen from the skies.
Kenya makes major statement on its war on drug trafficking. 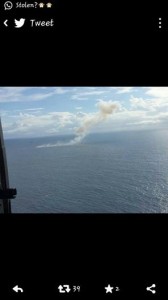 This is how it was reported earlier today>>

Mombasa High Court has stopped the destruction of Al Noor ship which was nabbed with Sh1 billion heroin despite Kenya Navy finishing preparations for destroying the vessel in the Indian Ocean.

Director of Public Prosecutions Keriako Tobiko had Friday afternoon moved to court seeking orders to have the ship that was intercepted off the Kenyan coast with narcotics destroyed.

Lawyer Cliff Ombeta had made a submission to stop the ship’s destruction on behalf of his client who was not mentioned in court. Nine foreigners have been charged with trafficking the heroin at Mombasa Court.

Presiding judge Justice Maureen Odero in her ruling refused Tobiko’s prayers to destroy the ship but allowed the state to destroy the drugs which were confiscated inside the ship in July.

Kenya Navy officers have finished laying explosives that are to be used to sink the stateless MV Al Noor ship.

The ship which was found with 373 kilograms of heroin valued at over Sh1 billion is to be sunk in the deep sea and witnessed by President Uhuru Kenyatta who commissioned the exercise.

The President on Thursday said the port of Mombasa will no longer be a passage for the importation of illicit drugs.

â€œWe will not allow drug barons to destroy the future of our young people. We will track and deal with them decisively,â€ Kenyatta said.

The ship that has been in police custody under tight security, is one of two that Interpol had warned Kenyan authorities would be ferrying narcotics within Kenyan territory.

The ships left Pakistan and berthed in Mogadishu, Somalia from where it said to have come to Kenya at which point it was intercepted by naval officers manning the Kenyan Coast.

Nine crew members, seven Pakistanis, two Iranians and an Indian who were onboard the ship when naval officers intercepted it on July 3.

The crew said the ship was enroute to Zanzibar, but documents found on the ship after a search showed that the ship was to dock in Kenya.