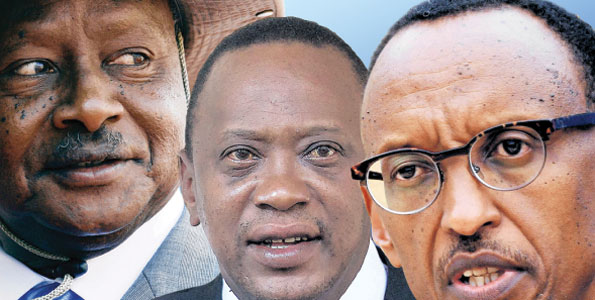 In swift rejoinder, Manoah Esipisu, the State House spokesman, termed Dr Oginga’s allegations as Â â€œcheap, unfounded and demeaning to the integrity and the agenda of EAC leadersâ€.

According to Oburu, the three East Africa musketeers plus embattled South Sudant junta leader Salva Kiir plotted to kill Raila once he returns from the USA where he is currently on a program at the African Presidential Centre, Boston University.

The heinous plot was discussed last week in a meeting at Safari Park Hotel, Nairobi.

â€œSome of the Presidents of the EAC countries have a personal agenda in the region which they fear canâ€™t be achieved with the ODM leader aroundâ€ Oburu said.

â€œWe wish to dismiss the malicious, ungrounded and unfounded allegations with the contempt they deserve. The Heads of States from the East African Community have a noble agenda of serving their citizens and are not ready to be distracted by the cheap words of Oburu,â€ he said.