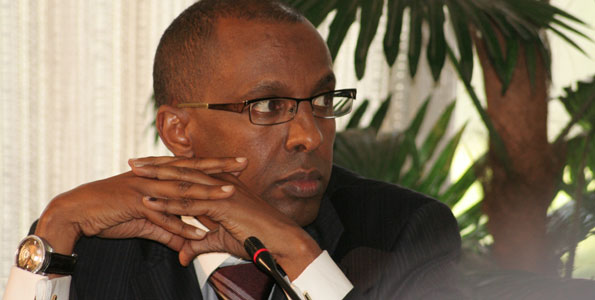 Are you interested in current affairs, global politics, governance, politics, law, society, technology and activism? If you do, as 2014 fades, here are 10 powerful twitter handles to follow in Kenya for 2015.

The Grand Mullah (Muslim teacher) tweets about politics, law and governance in Kenya. He often ruffles feathers and is among those who freely take on the mighty and the powerful in Kenya. He has a penchant to block those who disagree with him (like this writer) but he is still a great resource especially when you want someone to be blunt with tenderpreneurs like Chris Kirubi, or take on CORD, especially, the ODM party.

Journalist and pundit, Makali observes the goings on within the political scene and society at large, often continuing conversations he (and others) hosts on Citizen TV’s Cheche. Makali is also a great conversant and will likely retweet or ‘favourite’ a post he is mentioned in which is ‘worthy’ of his time.

Tech blogger Robert Onyango Alai is revered on twitter with the title ‘grand pa’. Controversial, consistent, concise and omnipresent, Alai posts on anything and everything; from the douchebag appearing on Tujuane to the pettiness of Uhuru’s presidency. Internationally renowned, the techmtaa blogger is among the most followed on Africa twitter space. You will definitely never regret.

Mutai, a social activist and governance pundit, and based in Mombasa, this Kenyan tweets the most pressing (and distressing) things going on around us which we ignore (at our own peril). He takes on the mighty,revealing their dealings. Recently, because of his ability to follow through issues of governance, The Mutai Â powerfully pointed out the wastage at Geothermal Development Company, a government owned state agency which has so far gobbled over 60 billion shillings without producing an iota of megawatt of power, yet the CEO (who is politically correct) has remained on the job. Mutai is also bothered by the extremely high amounts (running into millions) annually allocated to the two former presidents on top of their retirement packages.

The three legislators uses their twitter accounts to mobilize citizens, disseminate information and generally reveal the stakes involved in various legislative issues being canvassed at the national level. Khalwale and Omar are CORD affiliated while Kerrow, a long serving Mandera legislator, is a Jubilee politician. However, the three always show maturity and sobriety in how they discuss political issues on twitter, which is in stark contrast to the pomposity and emotions of another bunch of legislators, for instance, Kipchumba Murkomen, Kithure Kindiki and Moses Kuria.

This tweep only tweets about the state of major roads and national highways in Kenya. He informs drivers and passengers which routes have their traffic flowing and those with heavy snarl ups. Also, the account informs of safety and police dragnets.

A twitter ‘bigwig’ in her own right, Betty tweets social justice issues with a strong bias to feminism and human rights. She is a pioneer blogger and will most readily retweet or favourite your tweet if it is a serious one. But like the case with most, if not all bigwigs, she will most unlikely follow you back, meaning you must really be very very good to get her ‘endorsement’.

Veteran journalist, columnist Onyango Obbo rarely tweets his opinion but will often share with you important links especially the Mail & Guardian Africa where he is an Editor. Â You are sure to learn something new by following Obbo.

If you are reading this then may be its time you do the ‘right thing’. Kenya Today, this independent news and analysis blog continue to grow and professionalize while responding to the dynamics of Kenya’s blogosphere. Any doubts you have with something you read or watched on Mainstream press should naturally lead you here: just to confirm. Blogger Dikembe Disembe is first rising in the Kenyan twitter sphere though still a ‘light weight’ as compared to, say, Alai or Mutai but yes, he has arrived.

Father of modern democracy and Enigma in Kenyan politics, Raila Odinga remains a powerful force to reckon with. His twitter handle is grossly underutilized by he has some great lessons to offer you. You can also follow him to keep up with Kenya’s opposition movement.