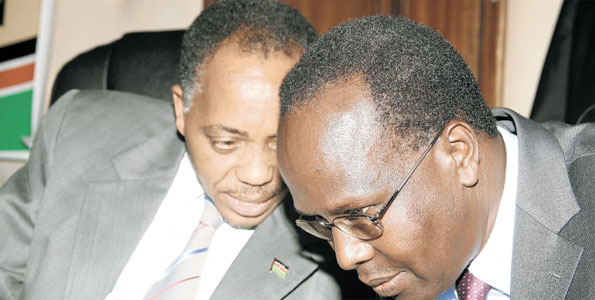 Governors are up in arms in against another attempt by the government to stiffle devolution.

Mr Rutto complained said his County-Bomet funds had been reduced to shillings 3.1 billion down from 4.6 billion which had been awarded.

While the President and Deputy has been promising to protect devolution, it is such actions by the National Government which sends contrary messages to the people.

Funding to county governments is the key to ensuring devolution. Earlier, the National Government had attempted to remove the governors from the management of county funds which led to a walk-out in a recent Governors meeting in Naivasha with the former president.

Governors also accuse the central government on the continued presence of county commissioners whom the courts had declared their appointments unconstitutional.