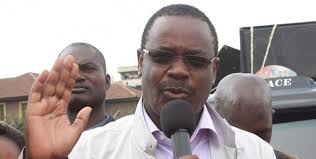 Dr. Evans Kidero was elected as the First Nairobi Governor under the new constitution after beating his closest competitor Mr. Ferdinand Waititu, a guy known only for stone-throwing. Before that, Kidero faced Hon. Margaret Wanjiri in ODM nominations. Hon. Wanjiru, one of the senior ODM members, a good orator, loved and favored by ODM supporters and leaders was the biggest threat to Dr. Kidero’s quest to become the first governor of Nairobi. He triumphed against all odd.

Kidero finally settled at the City Hall as his office after operating from his car for two weeks. To most people, city hall is synonymous with corruption, nepotism, ghost workers, cartels and all other ills that affect the country.

The reality is now all over. All the lords of impunity and the cartel at city hall are currently feeling the reforms Dr. Evans Kidero is implementing in Nairobi. They are fighting back. They started by trying to bride Kidero with 24Million. This failed. They then embarked on killing city hall employees who were not playing balls. A case in point is the death of a Mr. Baraza who was killed for resisting the â€˜misappropriationâ€™ of money for renovating the city hall. This intimidation too failed. They have now engaged the services of two senior Nairobi politicians to undermine the work of the governor. The two politicians have been joined by two more new MP. They organized a strike yesterday despite the union agreement with the governor that they issue will be addressed next week. As I write this, the strike is still ongoing and they are singing in Kikuyu language. They are also planning to drag the name of Dr. Evans Kidero in parliament next week.

Despite all this challenges, Dr. Evans Kidero has delivered and continues to deliver services to the people of Nairobi. Its time the residence of Nairobi lend their support to the governor of Nairobi since he is serving their interest well and not the interest of a few individuals.

I want to take you to Pumwani Hospital. This is where majority of city resident give birth. During the time Kidero was elected to now, he has visited the hospital twice. He has managed to turn-round the hospital that had collapsed. It is now free. Initially, about 40-50 children were delivered daily; this number has tripled to 120 deliveries daily. Kidero has also secured an ambulance for the hospital through his connection with the corporate world. He has purchased over 10 phototherapy machines each costing about Ksh. 850,000.00. About 20 more incubators have also been purchased and this has really saved lives of children during this cold session. Four additional medical doctors and 4 clinical officers have been seconded to the clinic, thank to efforts of Dr. Evans Kidero. What else can you ask for as a Nairobians?

Omiyo, Kidero must be supported to deliver services to Nairobians. Kidero Anyalaâ€¦

On traffic jam, Dr. Evans Kidero has secured funds to construct a special transport carriage from NSSF to Dagoreti. This will be a dual carriage with special lanes for busses with capacity of 70 and above, ambulances and fire brigades vehicles. What else can you ask for as a resident of Nairobi who wastes over 5 hrs daily on traffic jams?

Omiyo, Kidero must be supported to deliver services to Nairobians. Kidero Wakara

One of the major challenges Nairobians face daily is insecurity. Dr. Evans Kidero has already installed 20 CCTV cameras in the CBD. He plans to increase this to 60 cameras by the end of the December. Efforts are at advanced stage to transform the city askaris into a metro-polis, well trained to handle traffic and other responsibilities. This will reduce the burden on the police. The major challenge now remains the hawkers and street families which are very tricky to handle and requires involvement of other stakeholders.

Omiyo, Kidero must be supported to deliver services to Nairobians. Kidero Netwoni…

On water, new pipes are currently being laid in Kibera. This is in as effort to ensure the resident get water directly from the Nairobi water company and not through a cartel of water vendors. Embakasi that never used to have water have flowing waters in the area and access is being increased.

Omiyo, Kidero must be supported to deliver services to Nairobians. Kidero sibia…

Dr. Kidero is married to Dr. Susan Mboya-Kidero, who complements him with a passion for womenâ€™s economic empowerment and the education of girls. Susan is the Director for Womenâ€™s Economic Empowerment at Coca-Cola Eurasia and Africa, and also the founder of Zawadi Africa, a non-profit organization that obtains scholarships to enable academically gifted but financially disadvantaged girls to attend university mostly in the United States.

Omiyo, Kidero must be supported to deliver services to Nairobians. Kidero Nanyarete!

For these reasons, I want to appeal to Nairobians, especially the CORDED NAIROBIANS to lend their support to Dr. Evans Kidero as he transforms the lives of the city dwellers so that they can also reside in this City.

Lee Makwiny is a blogger and National Coordinator, ODM Youth 2012.