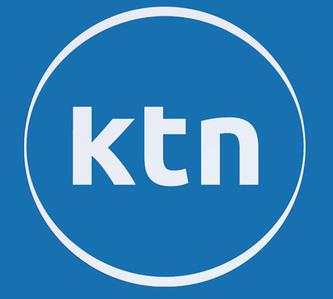 The Standard Media Group has yet again lost another top talent in latest staff hemorrhage the company is facing .

The company’s KTN new Business editor Aby Agina has left the station after landing a bigger role at the multi-national station CNBC Africa.

He will be based in Rwanda.

He will serve as a senior anchor and producer at CNBC Africa.

CNBC Rwanda country manager Eugene Anangwe who worked as the CEO for TV47 and founded Look UP TV welcomed Anangwe to the TV station.

“Welcome to the team at CNBC Africa East Africa in the 2nd fastest growing economy in Africa; Kigali, Rwanda my brother Abiy Agina.”

Agina pursued a degree in Information Science at Moi University, Eldoret, where he majored in Media and Publishing Studies.

He later joined nation media group as an intern after which he got a job as a business journalist.

He spent three years at the Kimathi based station and later transitioned to the Standard Media Group where he has worked since then.

Having joined the station as a senior news anchor, he rose through the ranks to an editor post.

The Standard Media Group is fighting to remain afloat but even so its top talents are leaving the station for a greener pasture.

The company’s business has gone down with CEO Orlando Lyomu already said that there is a looming retrenchment of staff in all departments.