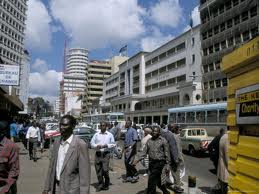 This article titled “The young social entrepreneurs who are changing the world” was written by Jo Confino, for guardian.co.uk on Friday 24th August 2012 15.47 UTC

Having spent an intense nine days in the company of 14 European social entrepreneurs, I have seen at first hand the potential of young people to change the world.

I was one of the judges for Ben & Jerry’s Join Our Core competition, which included accompanying all the shortlisted candidates to Uganda to spend a week living with local farmers who supply the ice-cream maker with Fairtrade vanilla.

The easiest option in business is to take the path of least resistance, which in our current culture is to maximise profits and remain blinkered to the consequences of our actions.

It therefore takes determination and self-awareness to be able to create an enterprise that integrates doing good with doing well, or â€“ on a deeper level â€“ merging heart and mind.

What we now see is that our past dualistic thinking has not served us well. Charity workers have tended to accuse business executives of being greedy and uncaring, while in turn, companies dismiss NGOs as do-gooders who are not prepared to face up to the real world.

However, the sustainability challenges of our age demand we find new solutions, and this can come only from moving beyond judgements and name calling. Social entrepreneurs are showing us that a different future is possible.

It would be wrong to try to put all social enterprises in the same box, as the competition judges soon found out, because each one sits in a different position along the spectrum between a charity and a traditional business.

Catriona Maclay, who runs London’s Hackney Pirates, gives disadvantaged children intensive one-to-one support in a playful environment. While she brings in some income from publications and renting out space, the enterprise relies largely on donations and volunteers.

So too does Jakob Lund, the creator of Play31, who won the Danish category for his work in using the unifying power of football for promoting peace in Sierra Leone.

Towards the other end of the spectrum is the irrepressible 23-year-old Fraser Doherty, creator of the SuperJam brand in the UK, who outsources production to a major manufacturer and sells his products to large retailers. The social element is that he invests some of the profits in running hundreds of free tea parties for elderly people who live alone or in care homes.

Doherty’s latest venture, Super Honey, is much closer to most people’s idea of a social enterprise, involving prison inmates making hives that are then managed by community beekeeping groups, who in turn involve local schoolchildren. This also gives a much needed boost to the declining bee population.

Then there are those who are seeking to have an impact on millions, while others are focusing on transforming the lives of only a few.

Through his organisation, Mattecentrum, Swedish winner Johan Wendt tutors free of charge around 70,000 young people in maths every month, and is now planning to expand to the UK.

Veronica D’Souza moved to Kenya to promote Ruby Cup, a silicone menstrual cup that replaces the need for sanitary pads, which most girls in Africa cannot afford and as a result often drop out of school.

Not only is she seeking to stop millions of women from using alternatives such as newspaper, cloth or mud, D’Souza also wants to raise awareness about menstrual hygiene and generate income for local entrepreneurs who sell the product.

At the other end of the scale is Dutch award winner Peter den Hond, who has created FairMail, which allows marginalised teenagers in Peru and India to create greetings cards using their own photographs, with half the profit going to pay for their education plus support for their families. While he could spread the profits more thinly, he wants to radically change the lives of a few, and over the past four years, 33 teenagers and their families have benefited from â‚¬225,000.

All the candidates express the desire to be of service and to make a real difference in the lives of others, but each one has their own story to tell. Some like Doherty and Jenny Dawson, founder of chutney and jam company Rubies in the Rubble, have taken childhood passions and transformed them into profitable ventures.

Others have taken traditional business models and given them an innovative twist. Wouter Durville from the Netherlands sells products and services such as water bottles and green energy on a buy one, give one basis. For example, if you buy health insurance, you also automatically insure an orphan in Tanzania.

Like other businesses, these social enterprises have challenges they need to overcome. Ruby Cup still has to prove it is hygienic when used in areas where there is a lack of clean water, while ONEforONE needs to convince NGOs of the moral case for giving insurance to orphans, when it is the job of the state to provide healthcare.

Many of them also need support in scaling up, which is why part of the prize is six months’ free consulting from the social enterprise network Ashoka.

Of course, while it’s great to see European-based social enterprises flourishing, where innovation is desperately needed is in the developing world. Spending time in Uganda, the finalists saw first-hand the fine line between life and death and the disastrous consequences of economic, social and environmental failure.

Africa is a classic case where traditional charity has largely failed to lift people out of grinding poverty and in many cases has led to a culture of dependency. On the other side of the equation, business is often rightly accused of exploiting the poor by buying agricultural products and raw materials on the cheap and then making huge profits from processing and branding them.

Thankfully, the idea behind social enterprise is starting to gain a foothold, with NGOs and progressive businesses recognising they need to work together to create sustainable livelihoods.

What all the finalists of the competition demonstrate is the importance of courage and leadership in addressing the inequalities and social injustice in our world. We have learned from experience that the answers are not going to come by waiting idly and hoping governments or institutions are going to come up with the answers.

This content is brought to you by Guardian Professional. Become a GSB member to get more stories like this direct to your inbox