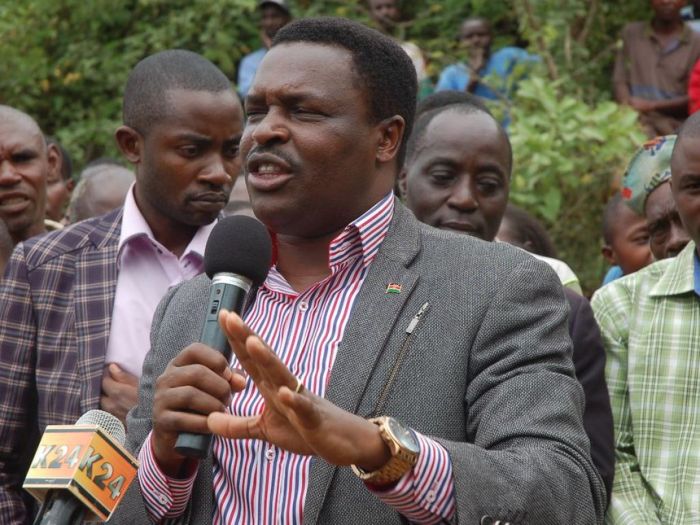 Tharaka-Nithi Governor Muthomi Njuki is up in arms over the underwear curse that was allegedly administered by hundreds on women who stormed his offices.

The women hailing from various parts of the county, Chuka/Igambang’ombe, Maara and Tharaka constituencies, dumped their underwear at the governor’s gate over what they termed as disrespect to women.

The governor, in his defense, stated that the gimmicks were politically motivated as his opponents used the customs to interfere with his work.

Speaking at Weru PCEA church in Chuka/Igambang’ombe on Monday, Njuki stated that his close friends were using elders and women after experiencing frustration when he declined to give them public money.

“The elders are being used by my frustrated friends who have turned enemies after turning down their corrupt deals,” he explained.

Affirming that he was not worried about the curse, the county chief stated that he did not insult the women noting that he often uses the word ‘mothers’ to dismiss people demanding a reward without doing any work.

“I have never insulted our mothers; I only use them to insist that there will be no free things,” he was quoted by the Nation.

He further dismissed calls by a section of the Ameru Njuri Ncheke Council of Elders to partake in a cleansing ceremony by offering a bull for sacrifice.

The elders via, Njuri Ncheke County chapter chairman,Kang’ori M’Thaara, however, noted that if the cleansing will not be carried out, the governor’s administration would be faced with countless misfortunes.