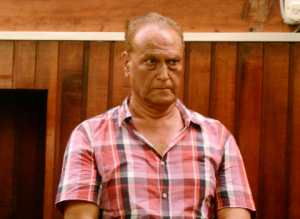 The Mombasa tycoon had earlier been charged with incitement to violence and was out on bail.

THe late Mohamed Shahid Butt is owner of Modern Coast bus service, he was in a private salon car from the Moi International airport in Mombasa, where he had just picked his son who had landed from London.

The incident occurred at around 8.15pm when a black car which was trailing stopped at Chaani area, and two people alighted and shot at him. The vehicle which had five occupants had pulled over and blocked his way after overtaking him. They shot at him at close range and drove off.

Relatives confirmed Butt had picked his son who had arrived from London at the airport and suspect he had been trailed by the assailants. Police have not explained why they did not intervene when the shooting started or where the assailants escaped to.

Mombasa police commander Robert Kitur identified the deceased and confirmed that the shooting began outside the police station.