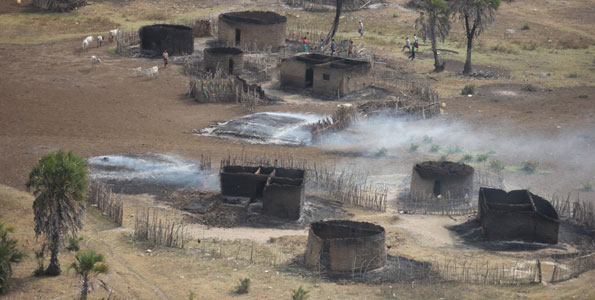 Kenya Red Cross Society is reporting death of 30 persons including 5 children and 5 women in renewed tribal clashes at the Tana delta- Tana River County. More than 30 people were injured and close to 50 houses burnt.

Tana River County Commissioner Yusuf Rotich confirmed to the local media that 19 people from the Orma community and nine people believed to be Pokomo raiders were killed during the attacks.

Villagers who spoke to media expressed fears that there could be more bodies of those killed yet to be recovered. The security team in the county has been mobilized to track down the raiders and search for more bodies.