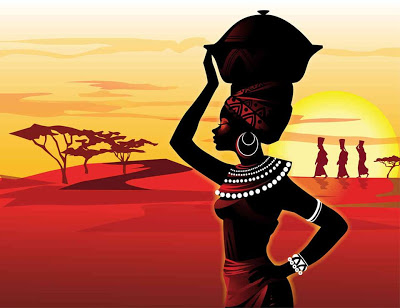 All voices need to be heard on poaching; yours too!

Increasingly in East Africa, media reports on poaching and trafficking of game ornaments has become so common that rarely a week passes without mainstream press covering such events. Sadly, these stories are no longer ‘breaking news’ stories. On average, there will be a haul of illegal game trophies found either on key gate-ways to the international market, mostly at Nairobi’s Jomo Kenyatta International Airport, or with poachers caught and arrested, or killed summarily in the act.

There is that African saying: “since man has learnt to shoot without missing, most birds have learnt to fly without perching”. But in the poaching world, while it is true that man-the poachers- today lethally shoot without missing, unfortunately, the big endangered animals, more so elephants and rhinos, have not mastered the cunning knowledge of the birds in the air.

What is reported is what we know, however, wildlife conservationists and environmentalists claim there are more animals being killed out there whose fates go unreported and whose stories are never told.

Reading through any website of hotels and holiday homes, from the coast inwards to Maasai Mara, there is always a promise that visitors will be able to see this animal or that; from rare birds, monkeys, and the famed big five. Wildlife therefore, is part and parcel of the visitor experience in most of East Africa’s high-end tourist resorts and holiday homes.

Yet in some East African countries, wildlife conservationists flaunt statistics and figures of killed animals which boggles the mind. Often, the war on poaching is given a positive spin; like when wildlife agency officials appear to be winning. Each dead animal triggers a change in the laws, hot debates in legislative houses and dismay in national conversations. Sometimes, Kenya’s high and mighty, and even the world’s known celebrities, descend on animal sanctuaries to adopt, or feed orphaned animals. Such swaps end in newsrooms.

Has there been a deliberate and determined effort to conserve wildlife as key to ensuring the growth and development of other sister industries? For example the hotels and related service industries? Keeping safe East Africa’s game needs a renaissance on the role of the wild in completing the economic and social life cycle of the domesticated, including man.

Unlike most of the developed world; East Africa is still in technological neanderthals, so the world do not visit us to get awed by new inventions in machines or breakthroughs in architecture and the build sciences. The wild is East Africa’s wonder, and economic hope. The East African wild offers the chilling contrasts with the developed world, because, after seeing two elephants caged in a zoo in some world capital, thousands of East Africa’s elephants, roaming freely in troops with clear figureheads and ‘leaders’, become the most scintillating experience of the touring visitor.

Conservation of these animals, therefore, is not only an exercise to continue God’s work here on earth, but also to grow and empower this region still constructing its own science and technological devices; be they huge superhighways or meandering subways or imposing buildings that pierce the heavens. Because we still at least half a century to be glorious, and I am being very optimistic, our animals continue to fill this gap.

Tourism in East Africa powers many sectors of each of the region’s economies. Wildlife is the very foundation of tourism, together with the warm tropical beaches along the Indian Ocean coastline. An example is the perilous wildebeest migrations. More tourists check in at the Maasai Mara and the Serengeti across the border in Tanzania to watch this unique animal migratory experience. Hence, to endanger the wildebeest is to render many accommodation and service establishments here a worthless, and wasteful endeavour.

Whether it is the donkeys at Lamu or the Gorillas in the pristine mountains of Rwanda, caring for East Africa’s game is the next frontier for wooing visitors to this part of the globe. Animal poaching is a luxury that the hospitality industry in East African countries cannot afford.