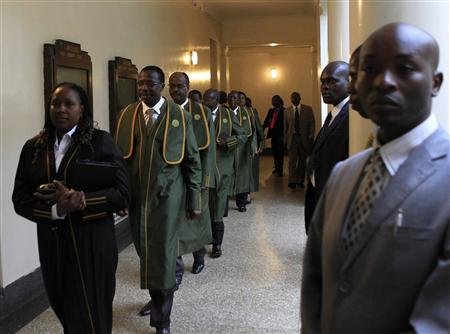 Like many Ghanain members of the Bar I was eager to delve into the Kenyan Supreme Court’s decision in the Consolidated Presidential Petition that was delivered today.

Many lawyers across the country had put their photocopiers and Scanners ready, fingers poised on the ‘print’ button. After all with a star studded bench (literally and figuratively) that adjudicated the Presidential dispute in Kenya we in Ghana were certain that Raila Odinga vs Uhuru Kenyatta would provide fodder as precedent for use in our own Petition. I started with eagerness by page 50 I was confused. Was this a treatise?

Or a liturgy? Even with my basic knowledge of the Kenyan Constitution most of the findings flew in the face of Constitutionalism. From claiming its determination to steer clear of technicalities to then brandishing the sword of legalese at every turn, to interpreting the law on rejected votes in contravention of the provisions relating to tallying to giving an insipid summarization the judgment left a sour taste in one’s mouth.

Fuddled? No muddled is more like it. One may want to blame it on the short period of time that the Court had to deliver this decision but what about the advocates who spent sleepless nights preparing pleadings and evidence?

The whole judgment can be summarized in the incredulous finding that the Petitioner ‘should have pleaded his evidence in the Petition and not in submissions’. In the end after reading the judgment for the third time I gave up in despair.

Well, let us enthrall ourselves with our very own Supreme Court contest. I am sure that our Judges will unlike our brothers in the East give due regard and respect to our litigators chilvarly. The NPP’s presidential candidate, Nana Akufo-Addo’s prayer to the Supreme Court to annul 4,670,504 votes seems in context of the Kenyan case to be an impossible task. Oh, well. One can only try”.