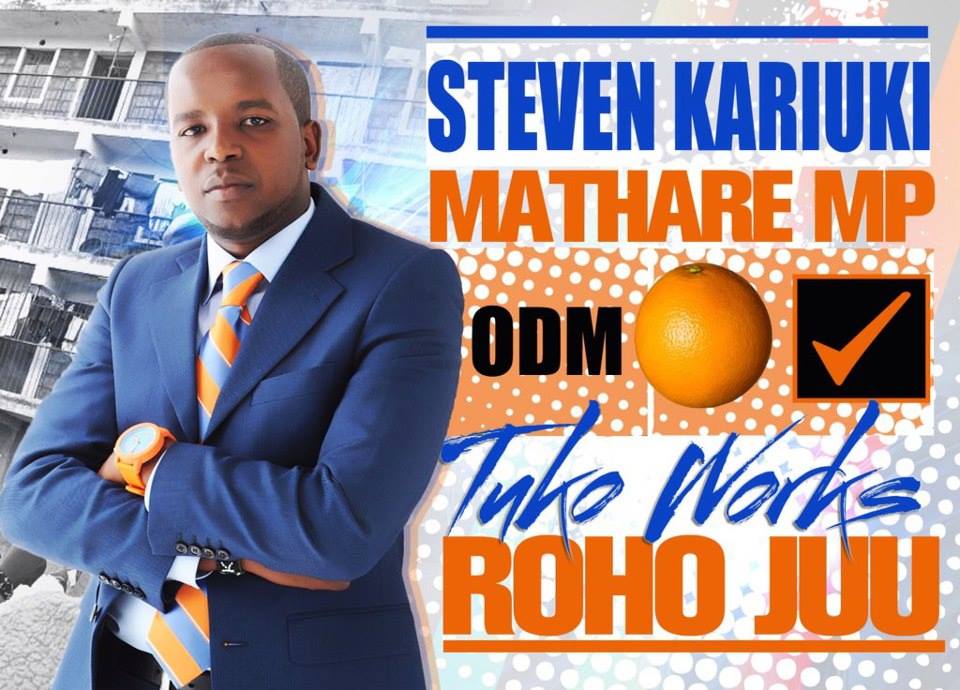 UNVEILING OF THE ODM CANDIDATE FOR MATHARE PARLIAMENTARY SEAT

Following a series of consultative meetings by members of the Orange Democratic Movement (ODM) in Nairobi County, both elected representatives and branch officials regarding the forthcoming Mathare Parliamentary by-election, an all-inclusive meeting was held today at a Nairobi Hotel and was graced by the Acting Party Leader Prof. Anyang’ Nyong’o and the joint Secretaries to the Transitional Interim Executive Committee (TIEC) Hon. Ababu Namwamba and Sen. Dr. Agnes Zani.

During the meeting which also included the Governor of the City County of Nairobi Dr. Evans Kidero, ODM Members of the National Assembly from Nairobi and Members of the County Assembly of Nairobi, it was unanimously resolved that Mr. Steven Kariuki popularly known as K-1 be presented as the sole candidate for the party in the upcoming by-election in Mathare Constituency.

This was as a result of separate caucuses by party members of the National Assembly, Members of the County Assembly, Branch and Sub-Branches officials in the last one week which settled on Mr. Kariuki as the party’s flag-bearer.

Consequently, we have received assurances from the CORD coalition partners that they will not be fielding candidates for the seat. The meeting also agreed that the Nairobi Governor Dr. Kidero will be chairman of the 12 member campaign steering committee which was set up today.

We call upon all ODM and CORD supporters in Nairobi to join us in the campaigns to drum the support for Mr. Steven Kariuki once the seat is declared vacant by the Speaker of the National Assembly and the date for the by-election set by the IEBC.