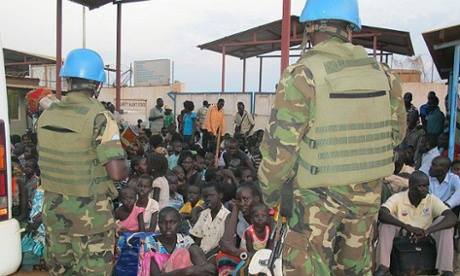 The scenario many feared but dared not contemplate looks frighteningly possible: South Sudan, the worldâ€™s newest state, is now arguably on the cusp of a civil war. Since the evening of Sunday, 15 December, its capital, Juba, has seen rival units of its army, the Sudan People’s Liberation Army (SPLA), fight each other.

Armed groups have at the same time targeted civilians based on ethnicity. Violence has spread beyond the capital, including to areas already fraught with ethnic tensions, principally Jonglei state, over which the government may have lost control.

What has for some time been a political crisis within the ruling Sudan People’s Liberation Movement (SPLM) has now spilled over into an army that has long been riven by internal problems, including ethnic divisions and tensions.

The blurred lines between these institutions, senior political figures and ethnic communitiesâ€“ as well as wide-scale arms proliferationâ€”make the current situation particularly volatile. Senior officials are invoking the bitterness of past ethnicised internal SPLA struggles.

All parties are risking widespread bloodshed by failing to halt the crisis. Given the deep and already lethal social polarisation, an honest broker is critical to resolving the conflict. But while South Sudan has many friends, its leaders are demonstrating an alarming willingness to risk vital external support in high-stakes gambles for power.

The countryâ€™s public figures starting with the two principal protagonists, President Salva Kiir, and former Vice-President Riek Machar, should follow the lead that church leaders have taken and immediately make clear and unequivocal statements that all sides must end the violence. Continuing silence risks being read as, at best, an abrogation of duty and, at worst, implicit support for one side or another.

External actors should also undertake urgent measures in pursuance of the United Nations Security Councilâ€™s call, in its 17 December Presidential Statement, for all parties to immediately cease hostilities, particularly against civilians, and for the Government of South Sudan to engage in dialogue with its opponents: â€¢

Wherever possible the UN Mission in the Republic of South Sudan (UNMISS) should increase its presence outside its bases, both in Juba and at the state level, while maintaining strict impartiality between all armed actors. The mission, building on Secretary-General Ban Ki-moonâ€™s statement of 18 December, should also offer its good offices in order to help facilitate dialogue between the opposing factionsâ€¢

South Sudanâ€™s most important neighbours â€“ Kenya, Uganda and Ethiopia â€“under the auspices of the sub-regional Intergovernmental Authority on Development (IGAD), will send a delegation of foreign ministers, who should take the lead in assisting Sudanese parties to resolve divisions within both the SPLM and, vitally, the SPLA. â€¢

The Troika group of governments that supported the Comprehensive Peace Agreement (CPA) process that ended Sudanâ€™s civil war in 2005 (U.S., UK and Norway) should condemn outright all violence against civilians and give full backing to IGADâ€™s civil-military mediation efforts.

Too much has been invested in South Sudan since its independence in July 2011 for it to fail so soon, and with the potential for such grievous violence. Even if a cessation of violence can be achieved and political dialogue established, the SPLAâ€™s re-opened wounds will be difficult to heal: if the fighting continues, that split will widen and engulf the entire country in a renewed war.