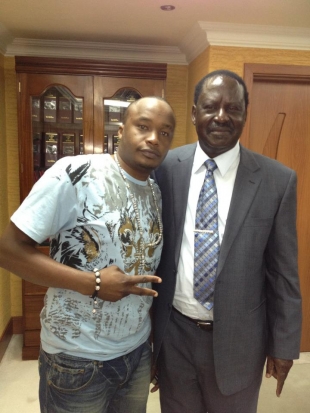 Celebrated Kenyan Artist Jaguar is fighting for his industry reputation after he was captured among others in a drinking spree claiming they will kill CORD leader Raila Odinga.

Jaguar, alongside Nairobi Senator Mike Sonko, Bishop Thomas Wahomeand one were captured in a video released to the public by blogger Robert Alai discussing casually how they can ‘kill’ the opposition leader currently pushing for a referendum which President Uhuru has opposed.

Here is the video: