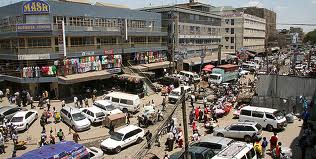 Gunmen have opened fire in the exclusive Westgate shopping centre in the Nairobi.

According to the Kenyan Red Cross there are at least 20 people killed. The Red Cross expects the death toll will rise.

Armed agents have evacuated visitors from the mall. Witnesses speak of a fierce gun battle, explosions and smoke. There may be thrown grenades. The attackers may have hostages. In any case, another mall is closed as a precaution.

The attack is still in progress and the police searches the stores to find the offenders.

Witnesses say five men with Kalashnikovs have been seen. The incident seemed to be an attack, rather than a robbery.

It is possible that this could be the work of a terrorist attack by the Somali extremist Islamic movement al-Shabaab. The Somali and Kenyan army are working together on an offensive against the Islamists since 2011. Al-Shabaab has threatened with attacks.

Watch video of the shooting in the Westgate shopping centre