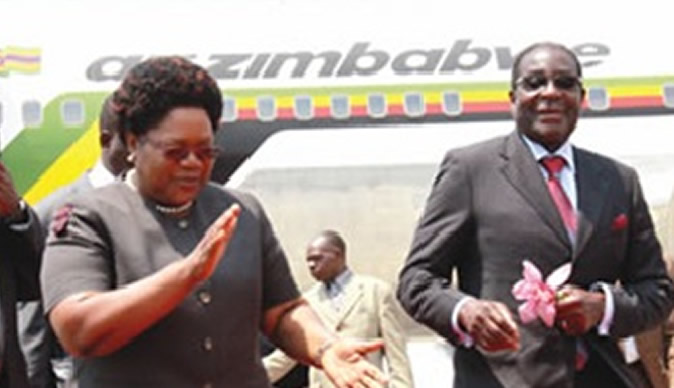 By Morag MacKinnon in Perth Australia for Reuters

(Reuters) – Zimbabwe’s ambassador to Australia has asked for political asylum just days before her term ends saying she fears for her safety if she goes home, media reported on Saturday.

Jacqueline Zwambila, who is a member of Zimbabwe’s opposition Movement for Democratic Change (MDC), was appointed to Australia to renew ties between the countries after a unity government was formed in Zimbabwe in 2009.

MDC leader Morgan Tsvangirai shared power with veteran leader Robert Mugabe in the unity government until a July 31 election which Mugabe won. The opposition rejected the vote as fraudulent but it was largely endorsed by African observers as free and credible.

“I am not going to be returning to Zimbabwe,” Zwambila told Australia’s Fairfax media.

Zwambila said the election had been “stolen” by an “illegitimate” government and she would not feel safe going home.

Zwambila, who was recalled along with other envoys after Mugabe took office again, has been accused in Zimbabwe of conduct not befitting a diplomat, media in Zimbabwe has reported.

Zwambila has voiced fears of detention if she were to return home, saying she had been threatened with arrest in Zimbabwe after a court found that she owed some money to a tradesman. She denies the charge.

Australia joined the United States and Britain in questioning the credibility of the July election.

A spokesman for Australia’s Immigration Minister Scott Morrison said the government did not confirm or otherwise comment on any individual applications made to it.