While both houses convenes with the selfish intent by the Jubilee Alliance to remove kenyan leaders from accountability, there are post poll images of destroyed families and communities still not healed by tyranny of numbers. Here is the most famous image of the lies by Uhuru and Ruto that Kenyans don’t need justice. Joyce Chepkemoi who is a victim of the 2007/2008 post elections violence not only has to deal with the scars on her face, but she also hurts from the scars inflicted deep within. Her husband was killed too; left with children wondering how human beings can be so cruel, yet years down memory lane, Kenyans are today saying her facial scars are her problems – accept and move on!

When people like Kabando Wa Kabando makes reckless statements with the effect that the ICC is “jealous” because of Kenya’s progress, what becomes of the victims of post poll violence?

â€œWithdrawal from ICC is a fait accompli. Through Kenyan democratically elected representatives,Â weâ€™re today (Thursday) telling detractors of our celebrated emergent democracy that their sulking and jealousy will falter,â€ Kabando for you. 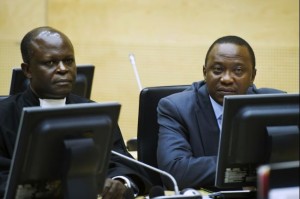 Justice ought to be done!