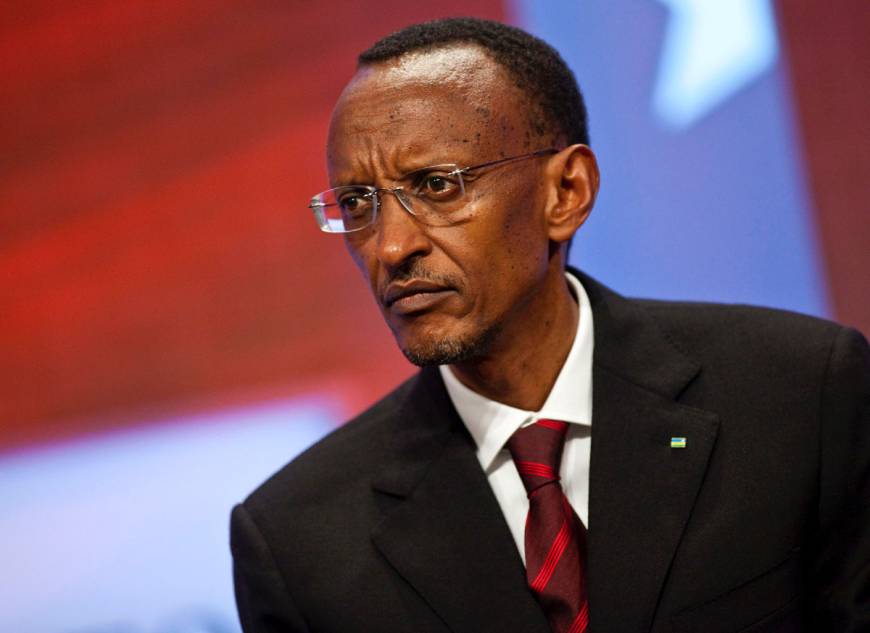 Rumors that President Kagame is dead brought the cityÂ  Goma in DRC to a standstill as celebrations ensured with many abandoning their usual chores to take to the streets of the often quiet city.

The rumor spread fast to other cities in DRC resulting into street matching and partiesÂ  that mostly attracted young people, men , womenÂ  who rejoiced the supposed good news.

One of Â the photos taken from Â Goma is of a UN military track that got highjacked by youths crowdedÂ  with people celebrating the rumor.

The rumour also saw many Rwandans living in the neighborhood harassedÂ  by mobs, those celebrating even matched towards the border with Rwanda but were quickly stopped by Police.

The rumour of the death of Kagame is said to have emanated from a tweet and spread fast through other social media channels, it was picked up by boda boda boys and motorists who immediately started hooting and along the streets and composing celebratory songs.

President Kagame, 56, is the de-facto leader of Rwanda since 1994, when his Rwandan Patriotic Front (RPF) rebel army routed genocidal forces who had killed at least 800 000 people, mainly Tutsis.

The West (read Europe and USA) hail him as an economic visionary, though many in Africa view him as a despot who crushes all opposition. He has been criticised for alleged support he offers rebel groups operating in Goma region -the Esat of the DRC.

He has also come in for fierce criticism for Rwanda’s alleged support for rebel groups operating in the Goma region in the east of the DRC.

Rwanda has intervened in two separate conflicts in the DRC, sending troops into the former Zaire in 1996 and in 1998.