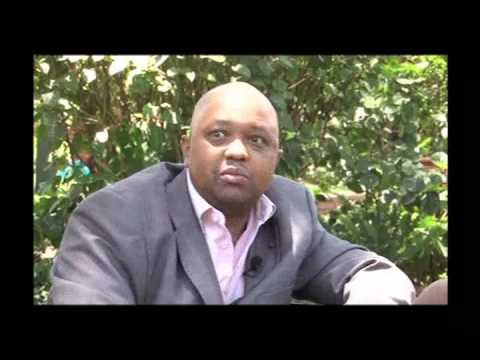 Tony Gachoka appeared on KTN’s Jeff Koinange Live where he made stunning revelations, Gachoka is a known Uhuru propagandists and whatever he says may as well be an inside information.

In the Show, Tony who appeared unusually charming (he could not keep his hands to self) seemed to have been under influence. He revealed that businessmen Jimmy Wanjigi and Deapak Khamani were the people behind Anglo Leasing.

Jimmy Wanjigi is credited for getting Ruto to join Jubilee a day after he had indicated that he will most likely work with Prime Minister Raila Odinga back in 2013.

Tony even went further to imply that the reasons given by the president were bull crap saying the president was robbing Kenyans in broad daylight (robbery without violence) by directing the treasury to pay dummy/ghost suppliers in the name of anglo leasing.

Tony wondered why Uhuru was not making use of his energy that he exhibited in fighting the ICC.
Tony equated people around the president to a malignant tumor and warned Uhuru that if he doesn’t stop the Anglo Leasing payments then he should be prepared to pack and go to Gatundu, adding that the major mistake Uhuru made was to go to statehouse with friends.
Here is the full interview; be the judge!