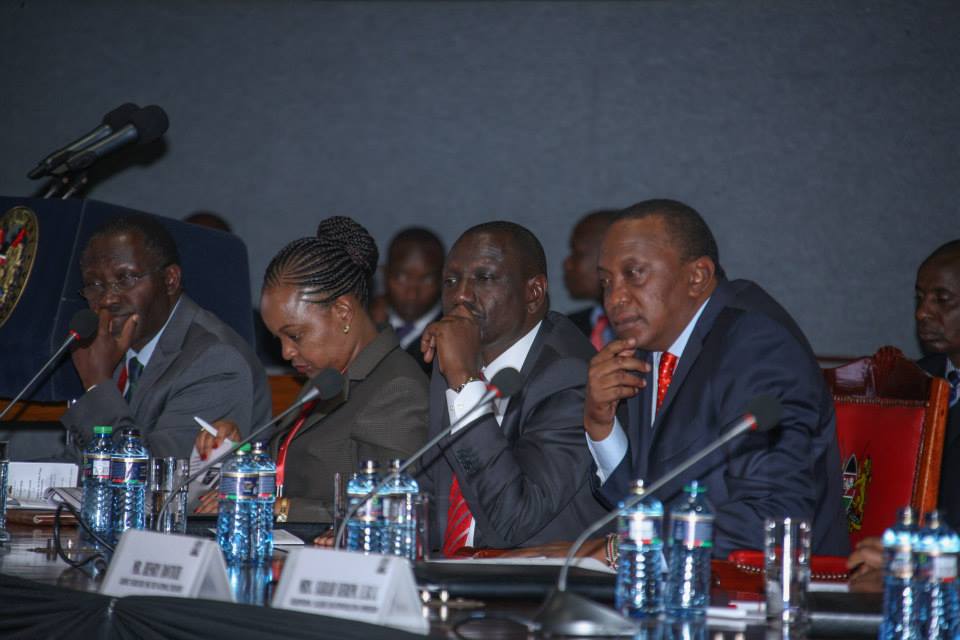 The joke of the week is the so called National Conference on Wage bill that was opened by President Uhuru Kenyatta…..here it goes:>

Elswhere president Uhuru online chief of staff Wakili/mwalimu/journalist Wahome Thuku had this to joke about the conference:

“AFTER today’s debate/dialogue/discussion..whatever, on the Wage Bill, we move to all counties for a similar thing..haha. After that, we form a Task Force to review all the presentations and prepare a draft report (somewhere at the North Coast). We then form a Committee to look again at the draft, before we call another stakeholders conference (to be opened by Uhuru Kenyatta), to discuss the final report. Once the report is adopted, we form a commission for its pace by pace implementation. The commission will then form a sub-committee to advice it on the implementation strategy. That strategy (to be discussed at White Sand Hotel) must be discussed by a third conference….bla bla bla….crap.”

Looks like Uhuru’s fanatical followers are almost at the edge of seeing some dim light…..

How long will the Propaganda hold? I can confirm 2o years pap! with the gullible Kenyans, the merry go round continues.