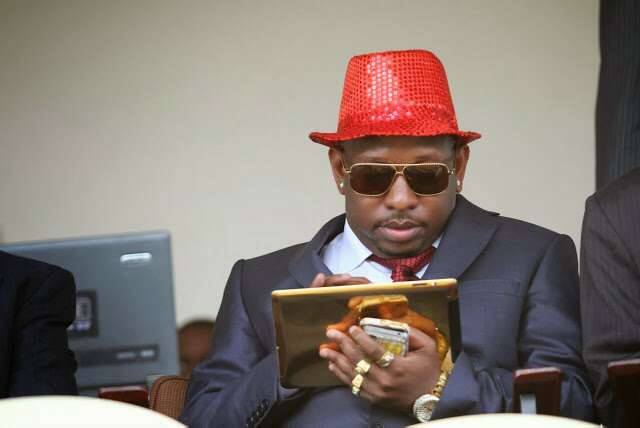 A Mombasa Court was shocked after a man emerged from the woods to claim that heâ€™s the biological father of the son who is entangled in a legal tussle between Nairobi Senator Mike Sonko and his real mother Ms Josephine Thuku.

The shocking move by one Mr Hudson Wachira, AKA “WEBB “a clearing and forwarding agent based in Mombasa forced the High court in Mombasa to suspend a paternity test that was to be conducted to determine if the flamboyant Senator is the father of the boy.

The DNA test was to be conducted on the boy on Tuesday, but the High Court postponed it after Wachira emerged claiming to be the biological father of the six-year-old.

The childâ€™s mother, Ms Josephine Thuku from Kwale, claims that Sonko is the boyâ€™s biological father and wants him to take up parental responsibility including paying a monthly upkeep of 140,000 shillings.

Sonko and Ms Thuku have another child, who was born in 1999 and the Senator has told the Court and proved it that he takes care of both children despite him not being the biological father of Thukuâ€™s second son.

Wachira stunned the High Court when he accused Ms Thuku of being after financial gain from â€œbig fishesâ€ like Sonko because he is not financially stable.

The young hustler from Mombasa said he has been demeaned and traumatized by the Court order subjecting his son to a DNA test without his permission. â€œItâ€™s clear Thuku wants to deny me parental responsibility whereas she knows I am the biological father,â€ said Wachira.

After Tuesdayâ€™s events sources have now revealed that Wachira was staying with Ms Thuku at Kisimani Bombolulu area for more than 5 years immediately after she parted ways with Sonko.

The estranged woman is also alleged to have had another love relationship with a married SOLDIER from Frere town Kisauni area and later another lover a tyre dealer JOSEE of GIDEON TYRES Mombasa after her relationship with Wachira also went sour. Ms Thuku is currently bonked by a senior military officer at Mtongwe Navy barracks despite her demanding for monthly upkeep from her past lovers. 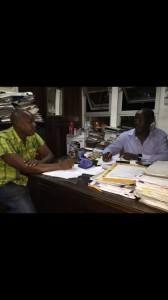 In the Photo is Mr Hudson Wachira aka WEBB at his clearing and forwarding offices in Mombasa , Wachira shocked the court in Mombasa when he claimed to the biological father of Josephine Thuku’s son