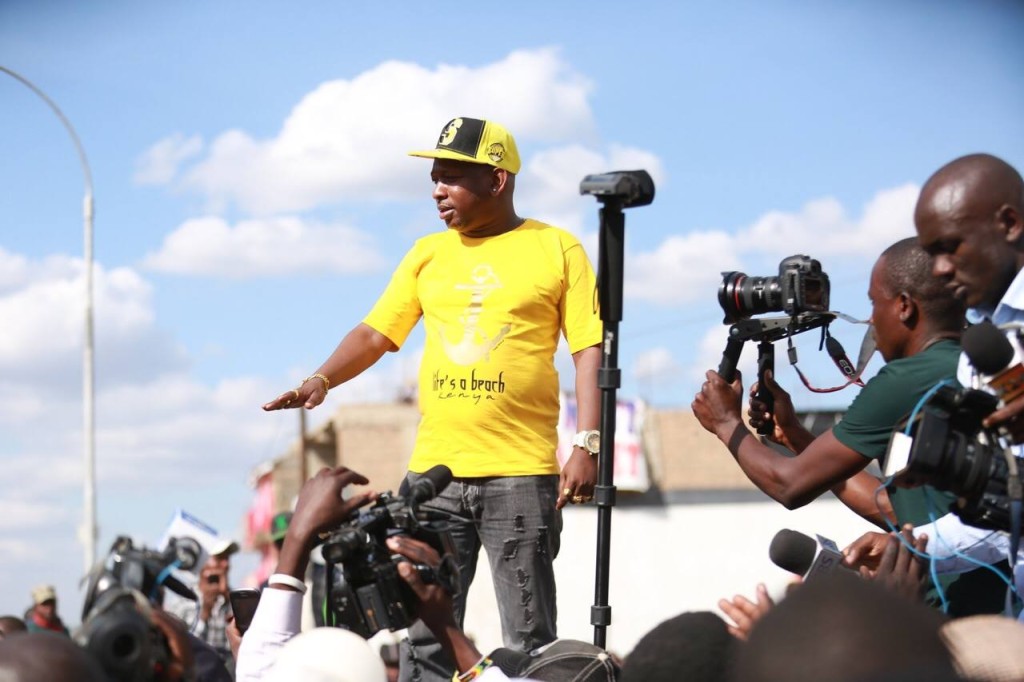 Detained police officer Titus Musila popular known as Katitu will be produced in court on Wednesday after the High Court ordered the State to produce the officer in Court.

The order was granted by the High Court yesterday after Nairobi Senator Mike Sonko through lawyer Cliff Ombeta applied for a production order in to enable them apply for fresh bond application in order to secure the release of the popular police constable.

Katitu who is based at the Kasarani police station is facing murder charges after he was accused of killing two brothers in separate incidents in Githurai 45 estate. Katituâ€™s arrest and detention at the Industrial area remand prison sparked protests in Githurai 45 estate along the busy Thika superhighway since Monday leaving one person dead.

Senator Sonko was forced to hire a chopper from South Coast to Nairobi on Wednesday last week where he landed at the KICC helipad and he headed straight to Githurai 45 estate. The flamboyant City Senator managed to cool down the protesting residents which immediately led to the residents opening the busy Thika superhighway which they had barricaded for several hours.

“Saa hii naenda kuona president (i am going to see the president now),” he told the protesters urging them not to destroy property. Sonko vowed that heâ€™s ready to spend millions of money in bond to ensure the Katitu is released and also reinstated. Katitu, was charged for killing Kenneth Mwangi in April 2013 and is being investigated for the death of Oscar Mwangi on August 24 by the Independent Policing Oversight Authority (IPOA).