After long silence from commenting on the Kenyan cases, especially by the Kenyan clergy, a pastor of the Seventh Day Adventist Church has broken ranks with colleagues and asked the president to attend his court cases.

Speaking in Nyamira County, the pastor reminded Uhuru that while campaigning, he promised Kenyans of his full cooperation with the ICC. The man of God also said the cases facing the President are not communal, but belongs to him as an individual.

â€œIn fact the two leaders are facing the cases as individuals irrespective of the offices they currently hold. I believe that they have been using personal resources in attending The Hague sermons,â€ he said. 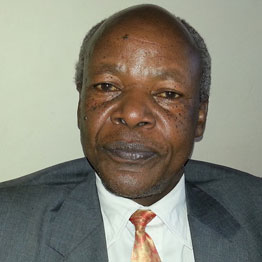 The remarks by Pastor Nichodemus Kebaso is set to open a new chapter in the Hague debate, bringing to the fore the role played by Kenyan christian churches in the whole hague debate. So far, both the president and Deputy have enjoyed cordial relations by most evangelical churches in the country as well as the powerful catholic church.

â€œIrrespective of the African Union summit resolution that the President ignores The Hagueâ€™s trials until his term in office ends, I urge him to honour his date with the International Criminal Court to avoid international economic partners from severing their relations with our country,â€ added Pastor Kebaso.

Pastor Kebaso now joins the South African prelate, ArchBishop Â Desmond Tutu, who recently took a swipe at the African Union for threatening to withdraw from the ICC.

“Those leaders seeking to skirt the court are effectively looking for a license to kill, maim and oppress their own people without consequence. They believe the interests of the people should not stand in the way of their ambitions of wealth and power; that being held to account by the I.C.C. interferes with their ability to achieve these ambitions; and that those who get in their way â€” the victims: their own people â€” should remain faceless and voiceless,” said Tutu.

The pastor praised Deputy President William Ruto for ignoring calls to boycott the ICC. Already, the Deputy President is at the ICC continuing with his case, which, according to sources, may crumble any time from now.