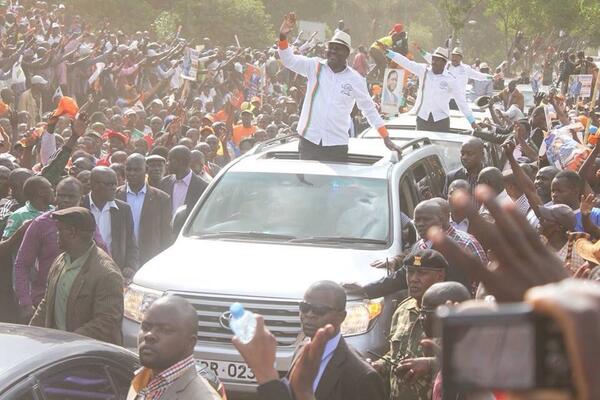 The Coalition for Reforms and Democracy (CORD) has for the past few weeks been calling for a National Dialogue with the Jubilee administration to discuss various issues that affect the common mwananchi and the building of our Nation.

CORD leadership has gone as a far as issuing an ultimatum to the government to sit down with the opposition and other stakeholders to find a lasting solution to the problems facing Kenyans today, failure to which the Coalition will hold a national consultative forum with ‘mwananchi’ on the 7th of July 2014 on Saba Saba.

The Jubilee government is unwilling to sit down with the opposition to talk about Kenya and therefore, CORD has organized a series of consultative rallies across the country, to meet and listen to the people in the build up to the Saba Saba day.

The CORD leadership is breaking away from the tradition where politicians would get on to the microphone and address wananchi, and now, it will be the turn of wananchi to speak and address the leaders on the various issues affecting them.

The consultative forums are in accordance with article 1 of the constitution which provides that the Sovereignty lies with the people of Kenya who may exercise it either directly or through their democratically elected representatives.

Below is the programme for this month through to the main Saba Saba rally which will be held in Nairobi.