Samburu Governor Moses Kasaine Lenolkulal has been arrested and taken to EACC headquarters for questioning.

His arrest comes hours after the Director of public Prosecution Noordin Haji ordered his prosecution alongside his deputy Julius Leseeto and 11 sitting, ex-chief officers over Sh84m fuel scam.

Investigations done by EACC established that Governor Lenolkulal was trading with the County Government through Oryx Services Station for the supply of fuel since the 27th March 2013 to date, but he failed to disclose his interest in the service station.

“Its clear that the Governor engaged in conduct that is expressly prohibited in law and clear violation of the constitutional principles governing the conduct of public State Officers.During the period in question, Oryx Service Station received a total of Sh 84, 695, 996.55 from the Country Government.

The aforesaid amount was shared between the Governor and his proxy Hesbon Ndathi. The payment received by the said Service Station was facilitated by the Chief Officers in contravention of the law”reads Part of a statement form DPP.

The DPP established that persons named in the Sh84 million fuel scam will be charged with the following counts; Conspiracy to commit an economic crime, Abuse of office and conflict of Interest.

A total of 14 people have been listed for prosecution 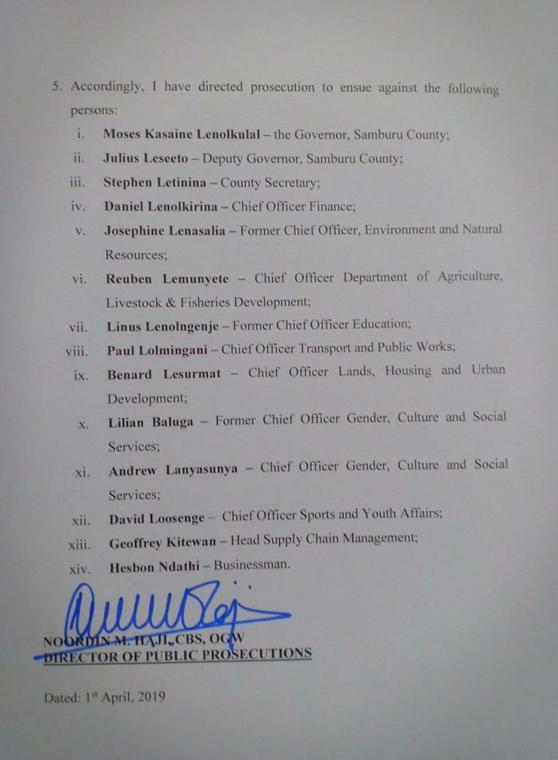