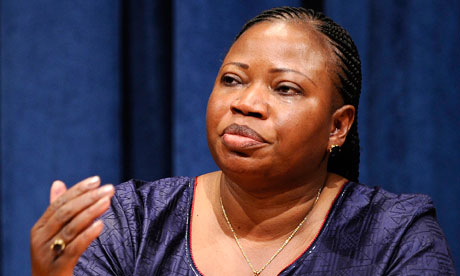 The Assembly of States Parties (ASP) November 2013 conference in The Hague, The Netherlands introduced some changes in the Rules governing the operations of the Court and Evidence. However, the rules did not in any way alter the Rome Statute, the parent law that supersedes any rule or regulation governing the Court and judges’ decision(s).

A group of countries especially from Africa under instigations of top political leadership of Kenya orchestrated a global spirited campaign to force amendments to the Statute and Rules. No immunity to the head of State remains at the core of the Rome Statute.

International Center for Policy and Conflict concurs with Appeal Chambers, Chief Prosecutor of the Court and Common Legal Representative of Victims in Case 2(Prosecutor Vs. Uhuru Mugai Kenyatta) that heads of state can only be excused, exempted and or deferred from continuous attendance of trial only ‘in extra ordinary circumstances’.

This position is to ensure the integrity of the Rome Statute and Court is maintained, enforce principle of equality before the law and avoid interference on cases by powerful individuals. Therefore, ICC trial judges must be extra careful while deciding on granting or authorizing excusal requests.

The new rules introduced by ASP conference did not in any create duality in application of law. They were to be bridges of building mutual trust and confidence amongst State parties to the Rome Statue and into the future. Changes to Rule 134 did not amend Articles 27 and 63 of the Rome Statute.

ICC judges have independence of interpreting the new rules without prejudicing and or endangering the Rome Statute intent and purpose. The amended rules were never meant to amend the Statute through backdoor.

Finally, we urged the Court and office of the Prosecutor to expedite the process of kick starting the Uhuru Kenyatta case to remove anxiety and casting of doubts on the competence of the Court to discharge its mandate.