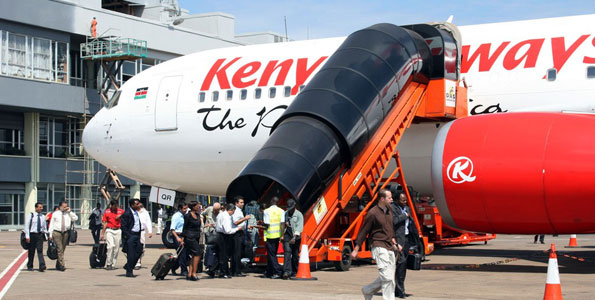 The port health services JKIA has been notified by WHO of an Ebola suspect who flew in one hour ago on board flight KQ503. The passenger had been isolated in ACCRA GHANA and was suppose to be subjected to series of confirmatory test which he has not undergone as required.

The passenger who is a sierra leone passport holder Annold Abisodun Crispin Temple of Passport No E0024993. He claims to be a CNN reporter based in Nairobi. He said that he was arriving back after covering EBOLA case in Sierra Leone.

Kenya Airways was supposed to park the aircraft in remote parking to facilitate port health personnel to carry out prompt action. KQ bosses are refusing to heed this.