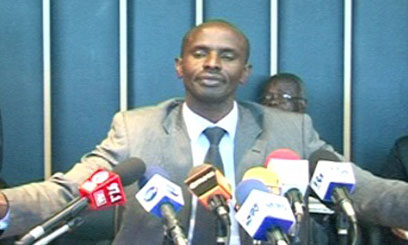 By Augustine Oduor and Felix Olick for the Standard

The prospect of striking teachers going without pay for three months after the government closed down primary schools indefinitely may have prompted Wednesdayâ€™s about-turn by Knut.

After a 23-day standoff, authorities resorted to the drastic action exclusively reported by The Standard on Wednesday, which sent the Kenya National Union of Teachers ( KNUT) in panic.

With teachersâ€™ June salaries withheld, the early closure of schools meant the freeze would have extended to August. That and fears among the union leadership that the Industrial Court could find top leaders in contempt of court would appear to have forced KNUTâ€™s hand.

The court proceedings are against KNUT national chairman Wilson Sossion and the acting secretary general Mudzo Nzili. â€œWe have a court case which can ruin us on Monday please we would like the government to intervene,â€ said Nzili told the meeting in the DPâ€™s office.

The Industrial Court will on Monday rule on the fate of the officials whom TSC wants jailed for disobeying orders to call off the strike.

Sossion for his part told the meeting also attended by Education PS Belio Kipsang: â€œWhatever has a beginning must have an endâ€¦ this is our country and we must work together and get things moving.â€

Sossion and Nzili led officials to Rutoâ€™s office where they camped for over two hours as he was away in Kitengela. Ruto was adamant the government would not yield to demands for higher pay and he ruled out payment of commuter allowances in one tranche.

â€œThe deal you have been given by the Teacher Service Commission on commuter allowance cannot be added or reducedâ€¦we are operating within a very tight budget,â€ Ruto said. â€œWe want to negotiate in a structured manner so that the agreement is honoured irrespective of who is in office,â€ he added.

KNUT officials were hard pressed to explain the circumstances under which they had called off the strike off amid reports that there was no properly signed agreement.

Sossion insisted that they had signed a return-to-work formula with the government long before Education Cabinet Secretary Jacob Kaimenyi closed all primary schools. â€œYou go and ask the government,â€ Sossion responded when asked why the State would close schools if they had indeed signed the deal.

â€œThat unpopular decision to close schools was reached by a junior office. The government will sort out itself,â€ said Sossion.

Speaking to the Press shortly after the government directive for the closure of schools, Sossion maintained that they had developed a clear understanding of other pending issues, including house and medical allowances.

The union leadership denied that they had called off the strike because of the pending contempt proceedings against them at the High Court and instead blamed Kuppet for jeopardising their negotiations with the government. KNUT Secretary General Mudzo Nzili called on the government to rescind its decision to close schools saying it would drastically affect the academic calendar.

â€œWe are asking the government not to confuse the academic calendar by closing schools that were already closed. We want examinations to proceed as was earlier planned by the National Examinations Council,â€ Nzili said.

A draft return-to-work formula that the union was to sign with the government indicated that KNUT agreed to full harmonisation of commuter allowance.

The union agreed that the allowance be paid in two equal installments with effect from July 1, 2013.

According to the deal, KNUT agreed that teachers deployed to and teaching in designated special schools and units would with effect from July 1, 2013 be paid a special school allowance at a flat rate of Sh10,000 per month.

The agreement says that TSC will have the sole responsibility to determine and designate a special school and unit for purpose of this allowance as per its policy. Finally, KNUT agreed that with effect from July 1, this year, all visually impaired teachers in teaching service would be paid an all-inclusive â€œreadersâ€™ allowanceâ€ at a rate of Sh15,000 per month.