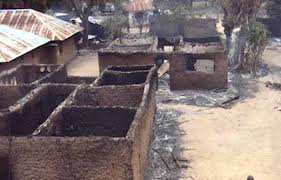 Four more people were killed Tuesday morning just hours after the President ordered a dawn to dusk curfew in the area.

Raiders believed to be from the Orma tribe attacked Nduru and Semikaro villages and killed four people in a revenge attack. The attack was carried out at 7:30 AM just an hour after the official curfew hours imposed by the president Monday evening.

Tension was high yesterday as villagers feared for a revenge attacks in the mid of heightened security in the area.

The minister is expected to hold peace rallies in area and will be accompanied by local leaders. Mr Haji was accused of being an interested in the violence by a local leader, Haji represents the neighbouring Â Ijara constituency in Parliament.