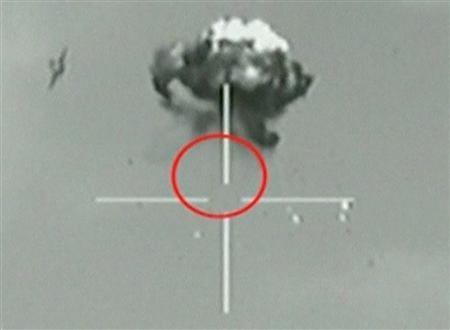 Israel air force shot down a small unidentified aircraft in a mid-air interception on Saturday over the northern Negev desert, the country military said. The drone was shot down after it crossed into southern Israel. The Military did not disclose where the drawn had come from.

The drone sighted by the Israel Defense Forces did not carry any weapons or explosives, military spokeswoman Avital Leibovich said. The drown was kept under surveillance and moments later it was shot down by a jet fighter without any incident.

Defense Minister Ehud Barak in a statement said “We view this incident of attempting to enter Israeli airspace very severely and we will consider our response later,”