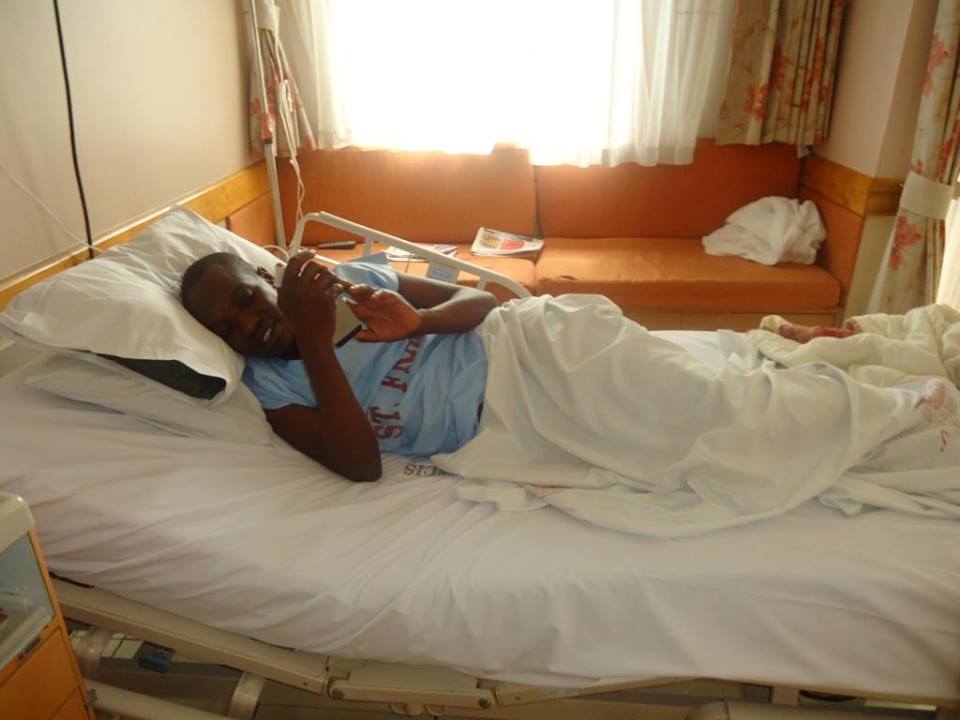 Arati is a victim of last week’s assault by Jubilee MP Kimani Ngunjiri during the debate on the controversial security bill.

Jubilee MPs were desperate to pass the draconian anti terror security Bill that could enable the president to appoint the inspector general of the police of his choice and detain his political critics.

In the shameful violence that ensured, Hon Arati found himself in the thick of things, during which Â Bahati MP Hon. Kimani Ngunjiri is reported to have bitten his finger and infecting him with very harmful bacteria.

Here is the text we received from a practicing doctor who requested anonymity, the doctor highlights the possible infections one can pick from human bite.

If you are bitten by a person who has one of these viral infections, there is a small risk that the infection can pass on to you. There is a much smaller risk after a bite than from a contaminated needle. See your doctor immediately if this is a concern.
â€¢ To protect against HIV, you can be given medication which counters the HIV virus.
â€¢ To protect against hepatitis B, you can be given an injection to be immunised against hepatitis B.
â€¢ Currently there is no treatment to prevent hepatitis C infection from developing. However the risk of getting it from a bite is very small. If it is a possibility, your doctor will be able to do blood tests to make sure you are not developing it. In the unlikely event that you do, you can have treatment early.
Five Diseases You Can Get From Being Bittenâ€”By A Human