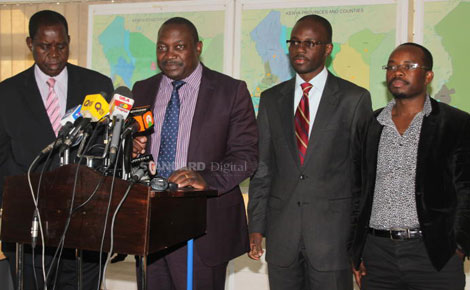 Board chairperson Mrs. Judy Pareno while making the announcement at Orange House said several factors including report of a scientific survey carried out in Homabay were considered leading to the choice of Mr. Kajwangâ€™.

Mrs. Pareno who was accompanied by board members Mr. Amana Mwajirani, Ms. Nancy Abisai and Ms. Hellen Katangie said the nomination of Mr. Kajwang was a unanimous decision of the board.

The Board will now proceed to issue Mr. Kajwangâ€™ with the certificate to allow him to present the nomination papers to the IEBC in January next year.
Endsâ€¦
23/12/2014