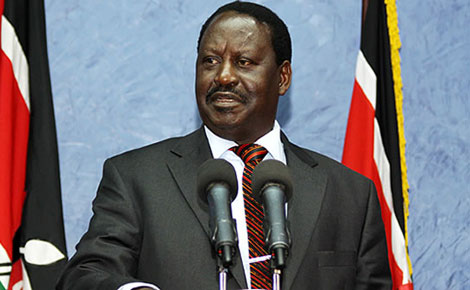 The President made a statement yesterday to the effect that the perpetrators of the massacres in Mpeketoni were not Al Shaabab. He declared that the attacks were politically orchestrated and blamed what he termed as ‘heightened political rhetoric of leaders and local political networks’ who were involved in the planning and execution of the killings.

This statement was unfortunate and unjustified for several reasons. More importantly it is likely to compromise the investigations to be conducted to determine and establish the masterminds behind these brutal attacks. It may be a case of a rush toÂ judgement.

The Presidentâ€™s statement ignores the position taken by other countries and experts that the Al Shabaab were indeed responsible for these attacks and that Al Shabaab never claims responsibility for attacks it has not carried out.

It also defeats logic that NIS had information on the attacks which suggests that there was knowledge of those planning them yet no decisive or concrete steps were taken both at the local or national level.

In the last eight months or thereabouts there have been widespread and systematic killings, some bordering on genocide, in several parts of the country including Bungoma, Busia, Samburu and Tana River. The same reasons and motives have been given by the Government and political leaders have been blamed for the incidents. In the end there never have been any serious and successful prosecutions.

The Government has completely failed to bring to book the killers of the Imams and other Muslim leaders in the Coast region. The victims are now more than twenty one. Passengers in buses and matatus have been attacked and slayed on highways and streets in Nairobi and Mombasa. Hotels and restaurants and markets like Gikomba have been targeted with tragic consequences. Churches have not been spared and priests and ordinary Christians have been murdered in cold blood. The killings have been endless and the pogroms carried out with impunity.

The President and the Executive, including the national security organs have been given the power, instruments and competence to ensure there is peace and security prevailing in the land. They should not be heard to be complaining in an unending vilification of leaders or be engaged in constant blame games.

Nobody is the above the law. No Kenyan other than the President enjoys immunity from criminal prosecution. The law should take its course and nobody should be spared in the hunt for and prosecution of criminal gangs and terrorists who have compromised the safety and peace in the Republic.
There is a lot of pending work for the Government in the security sector which include the following;

1) Define and limit Kenyaâ€™s military objectives in Somalia and to make sure that the war on terror is not fought on Kenyaâ€™s territory and to ensure that our engagement in Somalia is time bound and does not mutate into a military occupation.

3) Establish a competent and independent judicial commission of inquiry to investigate and establish the circumstances surrounding and leading to the Westgate terrorist attack and the Mpeketoni massacres with a view of prosecuting the perpetrators of these heinous crimes.

4) Replace the Cabinet Secretaries and the principal secretaries for Defence and Internal Security and the heads of intelligence, police and criminal investigation as they have exhibited incompetence and dereliction of duty in the performance of their responsibility under the law.

5) Establish a blueprint on national security policy that clearly spells out objectives and guidelines on questions of peace and security and law and order within the context of the Constitution of Kenya.

CORD condemns the massacres in Mpeketoni and states categorically that violence is not a means of achieving legitimate political aims or objectives.