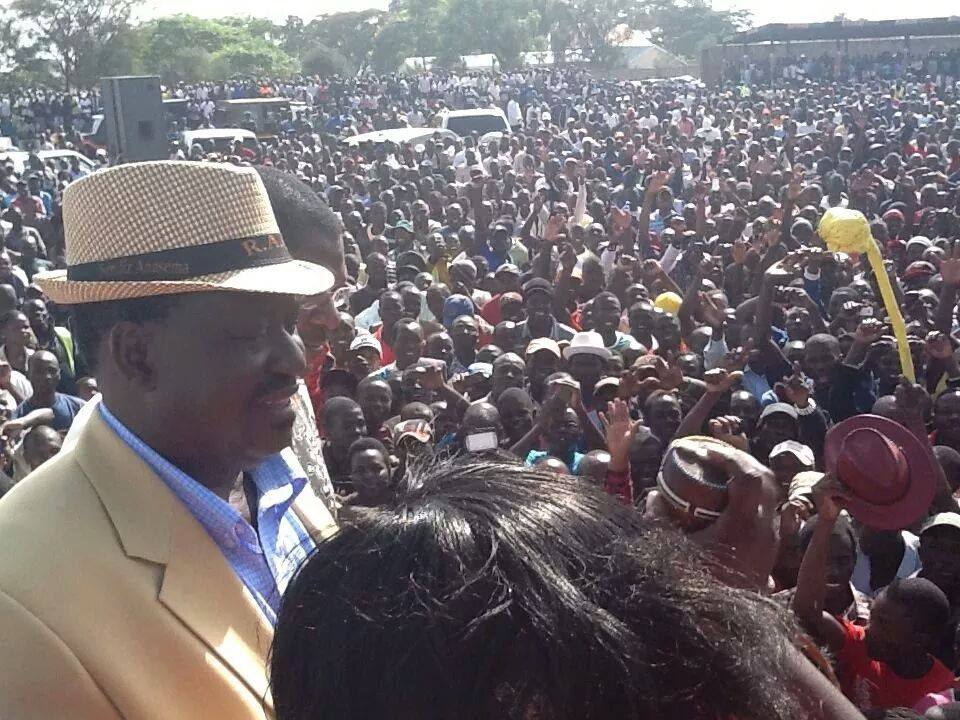 Raila’s CORD has released a final media briefing on topics to be covered at the Saba Saba rally on Monday. The coalition confirmed the Monday rally saying it is as a result of governmentâ€™s failure to convene a national dialogue process to enable Kenyans to deliberate on issues that are of critical concern to them as citizens.

“This is our final media briefing ahead of our Saba Saba rally scheduled for Uhuru Park on Monday, July 7, 2014. It is also a confirmation that the rally is on, and an open invitation to all Kenyans,â€ said CORD leaders
â€œMondayâ€™s rally is the culmination of one month of public consultations among the people of Kenya on what ails our Nation and what needs to be done to rectify the condition,â€

â€œWe will be gathering directly as a result of the Governmentâ€™s failure to convene a national dialogue process to enable Kenyans to deliberate on issues that are of critical concern to them as citizens.â€

The Coalition for Reforms and Democracy ( CORD) has said it has secured a permit for the Saba Saba rally at Uhuru Park as some Jubilee operatives claimed the ruling coalition leaders were planning a meeting at the same venue on the same day.

CORD also released a schedule of final rallies towards Saba Saba that include meetings at Kisii, Busia, Bungoma and Ugunja on Friday and Kisumu and Machakos on Sunday. Opposition leaders visited Inspector General of Police David Kimaiyo to seek assurance that their planned meeting at Uhuru Park would proceed well. CORD luminaries have maintained that the rally’s venue would be Uhuru Park and any other person planning for an event at the same venue “would be looking for trouble”.