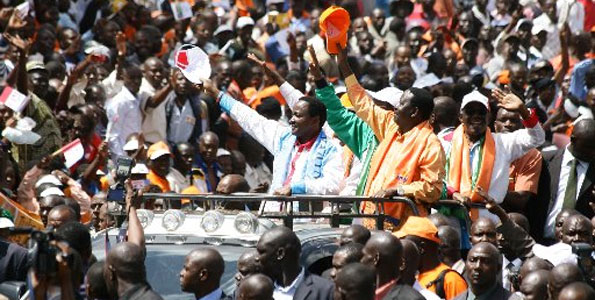 Prime Minister Raila Odinga was cleared to run for the presidency in the March 4th general election. Raila is a hot favourite in the race with Uhuru Kenyatta 2nd as per credible opinion polls.

Raila enjoys massive support in the six of the eight former provinces while Uhuru Kenyatta has a following in two populous provinces of Rift Valley and his home region Central province. Raila later headed for a rally at Uhuru Park, where supporters literally braved heavy downpour to listen to the people’s president.

Here is Raila’s full speech as captured by KTN TV.